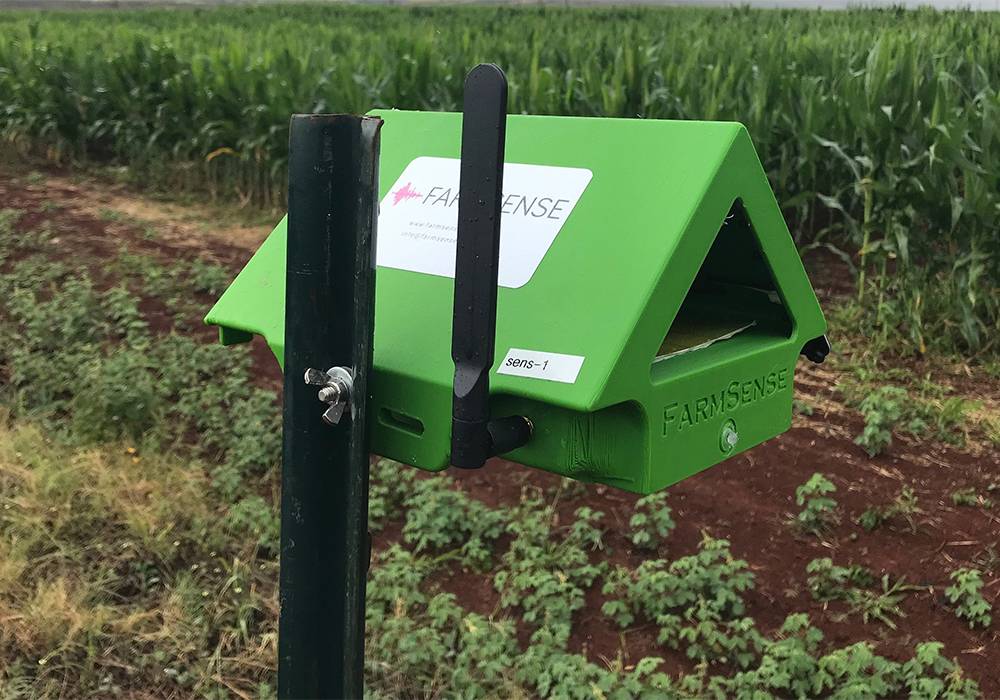 Pests cause a 20-40% loss of agricultural production worldwide, according to the Food and Agriculture Organization of the United Nations (FAO). In addition, the organization estimates that “plant diseases cost the global economy around $220 billion, and invasive insects around US$70 billion“.

Riverside, California-based Agtech startup FarmSense, founded in 2016, is tackling this problem of crop pest monitoring through its FlightSensor, which uses novel optical sensor technology to automate the process of real-time insect classification and counting.

“The growing consensus is that early detection and rapid response is the best solution to the pest issues facing us. However, early detection has been a challenge due to lack of robust automatic surveillance systems,”

It was also reported that FarmSense had won other grants as well. For instance:

FarmSense has won several innovation awards and grants, including:

Per TechCrunch’s report, FarmSense is testing its technology in “almond orchards in Southern California thanks to a Small Business Innovation Research grant.”

Shailendra Singh — the company’s CEO who has developed systems for wireless and cellular networks as well as security — works on the hardware side. He provided a working price point for each sensor, which will be billed by the season, at $300.

Farmsense was among the four finalists competing for a $100K funding prize at the Riverside Angel Summit 2021.