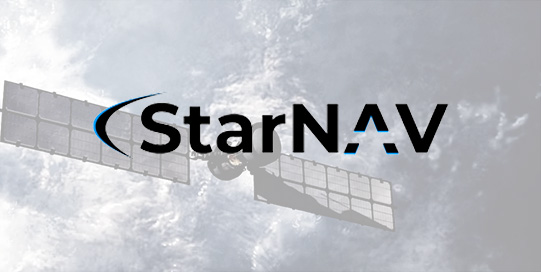 StarNav is a Riverside ExCITE accelerator based startup that develops special navigation receivers to provide positioning in the absence of GPS. Its target customer is the Department of Defense (DoD). This is especially useful when facing GPS jamming and spoofing.

“What StarNav’s devices do is they collect radio signals such as cellular or television signals or low earth satellite signals present within the target area and convert them into positioning information. StarNav’s devices are equipped on vehicles for commercial or defense purposes”.

Test StarNav will conduct test flights of their new position, navigation, and timing (PNT) products on a U.S. Air Force T-38 jet by the Test Pilot School (TPS) at Edwards Air Force Base.

StarNav’s PNT product test will serve as one of four projects for the Class 22B Test Management Project (TMP). The project will officially start around Oct 2022, fly in Mar 2023, and complete in Jun 2023.

“StarNav is excited to participate in a project that both demonstrates our technology on a jet platform and allows us to work side by side with U.S. Air Force end users,” said Joshua Morales, Chief Executive Officer of StarNav. “These projects allow us to better understand DoD end-user needs and requirements. In the end, U.S. military officers get hands-on experience with new PNT products and StarNav obtains useful test data, which allows us to deliver products that better address the DoD’s PNT pain points; a win-win for everyone.”

What is Positioning, Navigation and Timing (PNT)?

This concept means the ability to determine current and desired position (relative or absolute) and apply corrections to course, orientation, and speed to attain a desired position anywhere around the world, from sub-surface to surface and from surface to space.

Navy also awarded a contract to StarNav for it to to enhance vehicle positioning reliability and accuracy during GPS outages for Navy. The startup was also awarded contract from Army.