Why was Riverside California Ranked in the Top 25 Future Focused cities? 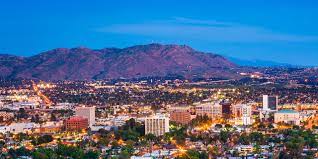 Riverside, California, finished 25 on the 2021 top 25 most future-focused cities in America. The key factors assessed by Finance Buzz were:

With that, Riverside was among the Top 50 surge cities in America in a list compiled by The Inc. Magazine and innovation policy company Startup Genome. Early-stage funding and job creation were key factors assessed in the Surge Cities Index.

UC Riverside’s Role in Nudging Riverside among the Surge Cities

One institution that has shown immense interest in promoting entrepreneurship and innovation in Riverside is the University of California, Riverside UCR. From ExCITE Riverside to startup support grants and innovation research and commercialization, the university punches above its weight in terms of its role in the local innovation ecosystem.

“Having our growing startup ecosystem recognized on a national level by Inc. magazine is key to attracting more C-level talent to help scale our most promising deep-tech startups coming out of the UCR labs, as well as getting Riverside on the radar of angel investors and seed-stage venture capitalists,” said EPIC director Scott Brovsky.

Inland Empire is among one of the largest big-box industrial markets in America. According to CBRE, “more than 100,000 people are employed in the warehouse industry. This is expected to grow 25% by 2030“.

However, the region’s counties (San Bernardino and Riverside) and their new influencer leaders are trying to carve out a new refreshing identity. That’s why we see increased activity in the startup funding and business incubation spaces.

Despite a visible activity concerning startup events, funding news, and institutional support in the form of grants for innovation and research, we see that two out of three Billion dollar companies in the Inland Empire belong to traditional sectors of the economy, i.e., retail supermarket and electric component maker. Only Esri belongs to the new software economy.

This begs the question of why there are not more startups emerging in the logistics, distribution, and industrial real estate market, three traditionally strong business sectors of the Inland Empire. Might there be opportunities that startup founders are missing as these sectors do not get the media attention generally accorded to apps like Blue with a more B2C focus?

Where can Riverside Improve?

The report by Finance Buzz notes that “while Riverside is more consistent than Orlando, earning scores of 2.0 or higher in four categories (and scores over 4.0 in two of those), there are no Certified B Corporations in the city. Riverside earned a complete zero in that category, dragging down the city’s total score“.

Having B Corporations can help Riverside improve its ranking. Certified B Corporations are businesses that meet the highest standards of verified social and environmental performance, public transparency, and legal accountability to balance profit and purpose.

The report publisher outlined the way forward for cities that might want to improve their future;