The No. 1 Reason of a Startup Failing is Lack of Capital: These are 11 More Reasons 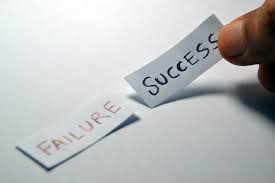 The first reason startups go bust is a failure to raise capital or a lack of capital to sustain operations. Venture Capital Research firm CB Insights find 11 more reasons. After going through these factors, don’t get bogged down; read about the five companies from the Inland Empire that may help inspire your startup idea.

Or, also get inspired by three Billion dollar companies from the Inland Empire region, which adopted the path of sustainable growth year after year.

In the CB Insights research, or what it calls ‘startup post-mortems,’ founders cited surprising reasons as this:

“Ultimately we shut down because our team is ready to move on to something new.”

It implies that having interest and passion for a certain field of work is as important in sticking around as having demand for your product. Unfortunately, it appears Doughbies had demanded, but its founders and the team did not have the firepower to keep working in the domain.

Electric skateboard startup Inboard is a key example of a failed pivot.

The startup was one of the highest-profile competitors to top electric skateboard company Boosted, and last year announced plans to enter the electric scooter market — a push that seems to have doomed Inboard.

The story is that the company received a large order of e-Scooters from a European scooter operator. To cater to that order, the startup pivoted to the B2B market instead of the B2B it previously focused on.

There’s nothing as toxic for a startup as infighting. A prime example is the retail startup Hubba, where the founders, investors, and executive team didn’t get along well, resulting in the investors pulling out of the startup’s funding. As a result, it failed and closed.

CB Insights revealed that poor product is also one of the key reasons for startup failure. A key example is the startup ScaleFactor which raised more than $100M in one year and closed down, citing COVID-19 as the reason for failure. However, a detailed investigation and background interviews by Forbes magazine revealed the startup had a poor product and other problems that caused it to shut down.

It appears VC money comes easy and goes easy. At least, that is the case with VR startup Vreal which shut down its operations because it said it was ‘ahead of time. This meant the platform never saw the traction it hoped for and had to close down.

6. Not the right team

Failure to attract and retain the right talent is also a determining factor for many startups that fail. This ‘post-mortem’ blog post by Fieldbook’s CEO reveals how several assumptions about the growth rate, imitation of bigger SaaS apps, and niche difficulty undermine talent-hiring efforts.

Pricing of SaaS apps may appear simple, but who knew that bad pricing killed a lot of startups? Customer acquisition cost, onboarding experience, and retention of customers all impact the pricing and vice versa.

A Kickstarter-based project called Coolest Cooler shut down operations after the duties to import stuff from China increased from 20% to 25%. However, the overarching idea is that legal and regulatory issues can spill over to the core of a business. Not to forget the uphill legal battles that Uber and Airbnb have fought worldwide to stay operational in the markets.

An open source Telecom software provider had to shut down because its business model did not make sense. The telecom industry had proprietary software that all big companies used, and the open-source software model never flourished enough for Lumina Networks to sustain itself.

A gaming robot startup called ‘Reach Robot’ closed down because it could not survive in the fiercely competitive space of consumer hardware space.

A startup that raised $1 Billion in funding closed doors in less than a year after raising money. This shows that ‘market need’ is a thing that can drown even the most well-funded startups.

“…[T]here were ‘one or two reasons’ for Quibi’s failure: The idea behind Quibi either ‘wasn’t strong enough to justify a stand-alone streaming service’ or the service’s launch in the middle of a pandemic was particularly ill-timed. ‘Unfortunately, we will never know, but we suspect it’s been a combination of the two.’”

Here’s a detailed story by CNET on Quibi’s closure and another by Verge in which the magazine wrote about 11 reasons why Quibi crashed and burned down in a year.

These stories and quotes and the context in which these 12 factors play out in the startup failure can help you understand what afflicts a startup’s chances to succeed. Still, running out of cash is the number one factor your startup can fail, hence the need to ensure funding from another source (until the business makes money) or monetization early on.

We have covered it in our Weekly Wire Round up