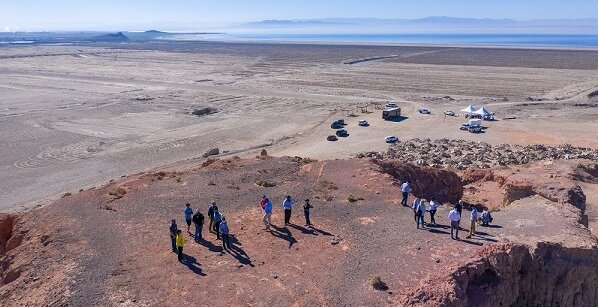 For a few more months, the factory will be operational. They also plan to adapt the plant to maximize the recovery of other essential minerals, such as manganese.

This year is scheduled to see Hell’s Kitchen Stage 1 construction start, with the supply of 49.9 MW of reliable, clean electricity and 25,000 tonnes of lithium hydroxide predicted for 2024. The combined resource of CTR can generate 1,100MW of clean energy and 300,000 tonnes of goods equivalent to lithium carbonate.

The Lithium Valley Commission, a state-sponsored panel, has released a draft report with 44 recommendations for market opportunities, environmental standards, workforce and infrastructure development, and funding for continuing tribal engagement.

The panel reviewed, looked into, and analyzed particular subjects related to lithium extraction in California. The commission also had to submit a report to the legislature that included its conclusions and any recommendations it came up with due to the critical review and analysis.

The Lithium Valley Commission was given eight themes, and the report covered each. The following are the report’s core conclusions:

CTR’s Hell’s Kitchen site has signed a project labor agreement to ensure quality jobs. Still, the number of workers at the site is low. CTR hopes to co-locate battery factories in Imperial County to be closer to lithium and create more job opportunities.

In April, CTR signed an agreement with an Italian firm, Statevolt, to locate a battery factory on its site that could create 1,000 jobs for extraction and new geothermal.

Yet, there may be challenges, such as a need for more available housing in the county and poor residents being priced out by incoming workers.

The lithium industry’s tax revenue from job growth could help the county. Still, the companies do not support a flat fee per metric ton. They prefer a percentage royalty like what’s imposed on the oil and gas industry.

In conclusion, Controlled Thermal Resources Inc. (CTR) has developed an integrated design approach for lithium recovery at its optimization plant, which has optimized several process steps to recover lithium in real-time. The company has plans to adapt the plant to maximize the recovery of other minerals, such as manganese.

It is developing a modular engineering framework to scale up. CTR’s Hell’s Kitchen project will supply 49.9 MW of reliable, clean electricity and 25,000 tonnes of lithium hydroxide by 2024. But, the project also faces housing availability and resource management challenges.