Will Amazon Be Forced to Shutdown its San Bernardino Air Cargo Facility? 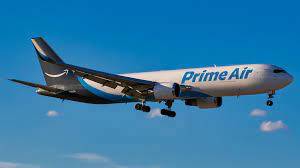 The State of California, through its Attorney General Rob Bonta filed a lawsuit in a federal appeals court to have Federal Aviation Administration (FAA) shutdown a new air cargo facility at San Bernardino International Airport it leased to Amazon in April last year.

There’s already been back and forth between the FAA, the State, and communities involved. Amid objections by the state, the FAA went head and ignored environmental concerns raised. It was in the summer of 2020 a divided panel for the U.S. Court of Appeals for the 9th Circuit allowed the project to move forward.

“As the People’s Attorney, I’m committed to lifting up the voices of communities who live at the intersection of poverty and pollution. The fact is: communities like the one impacted by this project in San Bernardino are all too often overburdened and under-resourced. These communities, who are already experiencing health harms from pollution, deserve to be protected to the fullest extent of the law, and through our Bureau of Environmental Justice, we’re committed to seeing this fight through.”

Apparently, the California Air Resources Board policies who gets the permission to operate what in California when it comes to the environmental impact of operations. According to the Board, “residents of San Bernardino are among the top 5% of Californians for the prevalence of asthma-related hospital visits, and among the top 3% for emergency room visits due to heart attacks.“

The panel that decided the case “erroneously allowed the FAA to rest its approval of the project on the incomplete and inaccurate analysis in the environmental assessment,” the California Department of Justice said in the petition.

The case is still pending a hearing subject to federal court’s decision whether it admits the case for a hearing.