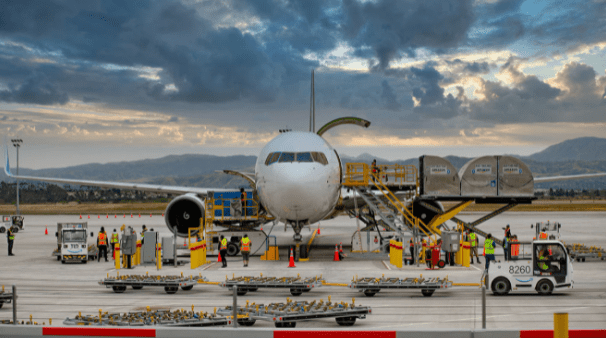 Federal Aviation Administration approved a new 660,000-square-foot sorting facility in 2019 at San Bernardino International Airport that was to be run by Amazon. It serves as the Southern California headquarters for the e-commerce giant’s freight network. However, the 9th U.S. Circuit Court of Appeals, on a 2-1 vote, rejected a lawsuit against the decision of the FAA to approve this facility, which gave a breather to Amazon.

We have Covered this in our Weekly Wire Roundup

County officials hailed San Bernardino Air Hub by Amazon as a major investment that boosted job opportunities in the area. The Air Hub is a 100-acre piece of land, a $300 million investment that added up to 26 flights daily.

Former State Attorney General Xavier Becerra and local environmental justice groups filed the federal lawsuit under discussion. It was alleged that all parties, including the Federal Aviation Authority and master developer Hillwood Enterprises, ignored the health and environmental risks this Air hub posed to the local community.

Per Redlands Daily’s report, “the suit asked the federal appeals court to set aside the FAA’s approval “as arbitrary and capricious, an abuse of discretion, and contrary to law.”

Industrial warehouses seem to have triggered environmental groups to object to this air hub.

“The heart of this legal fight,” Martinez added, “is about the health of San Bernardino residents, who have been living in the shadow of mega-warehouses that go up in a matter of months and pump incredible amounts of diesel particulate matter into neighborhoods.

Related: Startemipre Wire also reported Freshworks class action in which a national law firm specializing in Securities Litigation, Class Actions, and Commercial Litigation – informed investors that a class action lawsuit had been filed on behalf of purchasers of Freshworks, Inc. (NASDAQ: FRSH). The complaint alleges that Freshworks made false and/or misleading statements in its registration Statements and Prospectus.

In September this year, Start empire reported about Amazon’s Air Hub, which, according to estimates, is a $200M project.

At that time as well, we wrote about the environment-related concerns being raised against the project:

“Since Amazon was involved in guiding the construction of this site. The company states that “the facility will operate a fleet of electric ground service equipment, and a solar panel rooftop is slated for installation later this year“. However, there are law-suits as well that allege Amazon’s operations in the area will be harmful due to poorer air quality, climate, and other impact perspectives.”

This expansion of the logistics and distribution network in San Bernardino and the greater Inland Empire region is because of its proximity to two major ports, i.e., LA Port and Long Beach Port. Plus, demand is outstripping supply.

CBRE, an industrial and commercial real estate group of businesses, sheds light on this situation. “In fact, in a market of 500 million square feet, just 0.7% of that space is now vacant. We are seeing strong demand for tenant buildings, and the lease rates continue to trend upward. Land sale prices are also trending up for this market.” Eloy Covarrubias | SVP of industrial specialty and land advisory CBRE

Nonetheless, Amazon’s aggressive expansion in the area and proliferation of industrial warehousing in the Inland Empire region will attract more lawsuits and legal challenges in the years to come.