What are Opportunity Industries and How Are Good Jobs in the Inland Empire Related to Them? 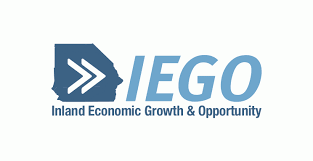 Logistics and manufacturing industries lead the way in offering and sustaining ‘good jobs’ in the Inland Empire. They also contain a disproportionate share of the region’s good jobs, especially for workers who do not have a bachelor’s degree.

To understand big role both of these industries play in creating good jobs, or jobs that provide middle-class wages and benefits consider the following:

“The Inland Empire’s well-established tradable industries, such as logistics, wholesale, and manufacturing, each provide above-average concentrations of good jobs. Together, these industries contain 18 percent of the region’s total jobs, but contain nearly 27 percent of its good jobs for sub-baccalaureate workers and nearly 18 percent of its promising jobs for these workers”.

From an Inland Empire Resident’s Perspective

The numbers worked out by the Metro Policy Program at Brookings gives a clue about upward mobility to residents of Inland Empire.

This is why the Brookings reports lays emphasis on paying special attention to make these industries even better through R&D and providing them the resources needed to expand further.

“Firms in these industries may require new local resources that enable them to develop innovative new products and services, in addition to implementing more efficient processes that reduce costs and improve product and service delivery. Creating centralized expertise and technology can provide a shared resource that increases the capacities of these firms, the capabilities of their workers, and the quality of their jobs”. (Brookings Institution).

We reported how Amazon is single-handedly investing more than any other private employer in the region. Take for example its new grocery store called Amazon Fresh in Murrieta.

This will help create jobs for other associated industries also. Similarly, to help tap the region’s potential in logistics and distrobution sectors, vertical-specific startup accelerators have launched in the market.

Fourth Sector Innovations, or 4th SI is a prime example where the accelerator accelerates logistics and distribution startups.