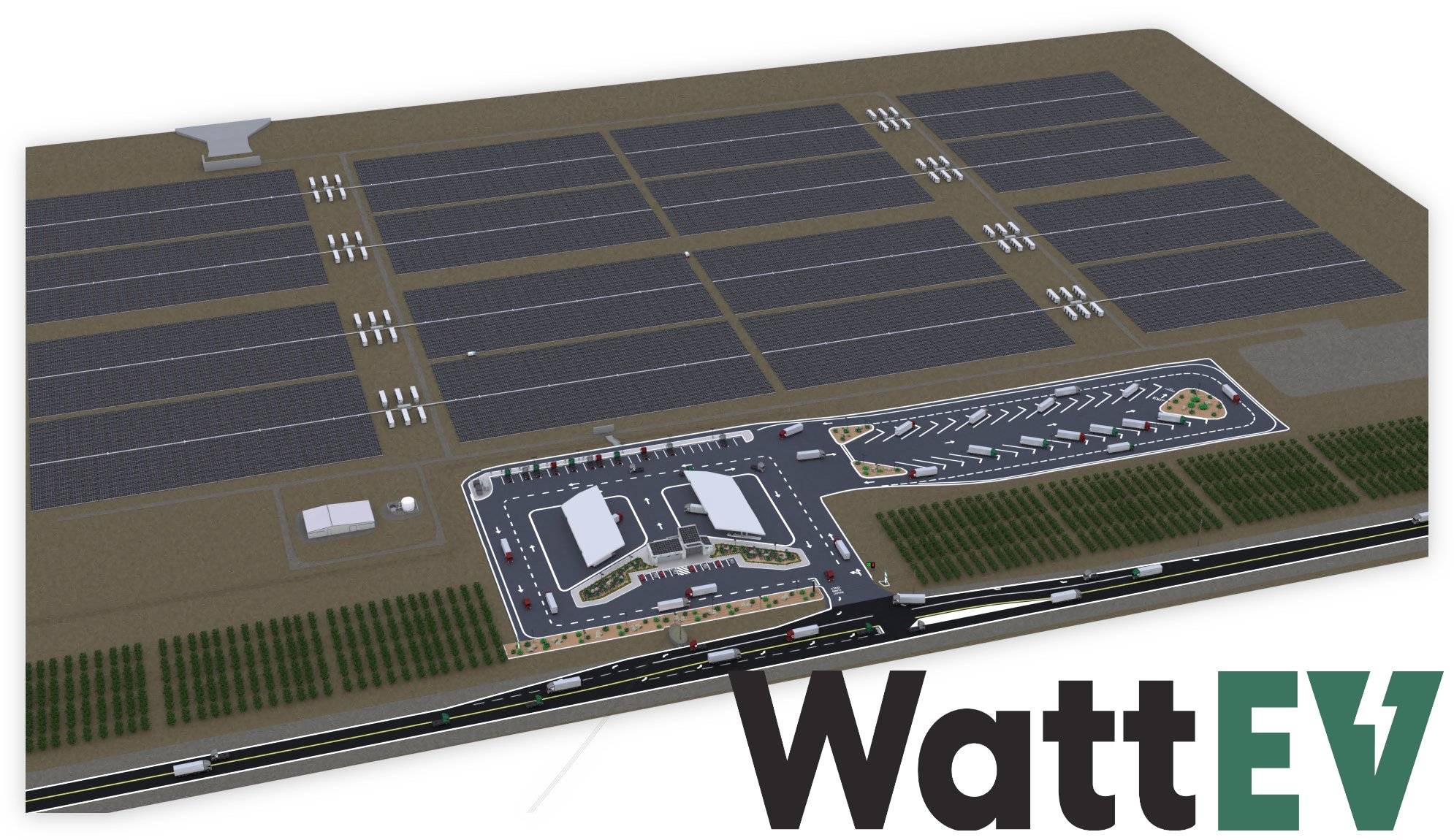 California has some of the most aggressive zero-emissions truck targets in the country, as well as some of the most attractive incentives for corporate buyers. According to a January report from the clean-transportation group Calstart, these factors have made the state the top adopter of electrical medium- and large trucks, with more than 50% of the country’s total shipments this far.

WattEV is still working on two more charging stations: one in San Bernardino, on the eastern edge of Southern California’s Inland Empire urban sprawl, and another near the ports of Long Beach and Los Angeles, the West Coast’s busiest shipping hub, writes Jeff St. John in Canary Media.

Each site will require around 4 megawatts of grid power, and WattEV is looking for ways to take advantage of Southern California Edison’s EV charging incentives, he added.

WattEV inked a fleet-electrification deal with Total Transportation Services Inc., a large-scale trucking operator that serves the ports of Southern California, in July. Cleanup of the ports is a significant focus of government programs to reduce air pollution in low-income areas.

According to Michael Colvin, director of regulatory and legislative affairs at the Environmental Defense Fund, which has put a lot of work and time into identifying and eliminating the challenges of electrifying fleets, the transportation corridors that WattEV is targeting are “hot spots” for trucking pollution.

“Most truck miles [in California] are driven between these hot areas,” Michael said, referring to neighborhoods with vulnerable populations.

WattEV intends to work directly with businesses that need to carry freight, as well as brokers who connect them with trucking companies and independent contractors, according to Youssefzadeh, CEO of WattEv. The business will then match available drivers with contracted loads and routes using its software.