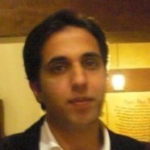 San Bernardino County approved a utility scale solar power project called Dagget Solar Power. This solar photovoltaic electricity generation and energy storage facility will produce up to 650 megawatts (MW) of power and include up to 450 MW of battery storage capacity on approximately 3,500 acres of land.

Who is Building it? Clearway Energy Group

Clearway Energy Group will build this solar power generation and storage facility on 3,500 acres near the Barstow-Daggett airport.

The project approval faced some hiccups as The Newberry Community Services District, an organization that provides services to residents in Daggett and Newberry Springs appealed against the project plan requesting an Bernardino County to reject the proposed plan.

California to double its clean energy by 2030: Daggett Solar Power Facility is the Answer

With these government level mandates, the San Bernardino county took the lead to bring Daggett Solar Power project next to the site of a retired coal and natural gas plant in San Bernardino. With a top down agenda, this is the most pressing reason why Dagget project is underway.

However, there are several benefits as well that agencies and press has reported about.

Apart from the state requirement to produce 50% of electricity via renewable energy sources by 2030, the project aims to bring some benefits as well to the San Bernardino County. For instance:

This FAQ article will help answer more of what you might be thinking about California’s energy plan.

Nonetheless, locals have raised some objections to the project.

Some Objections to the Project

Common objections cited by residents and nearby rural communities include:

Connecting the best startups, people & events in the Inland Empire.

https://youtu.be/908dhK6uo9A This week, we covered the following news and you may read them in detail by visiting the links given below. What is the NSF Innovation Corps Program and How Can Entrepreneurs Benefit From It? The National Science Foundation’s Innovation...

Ontario International Airport (ONT) is the fastest-growing airport in the United States for the fourth consecutive year, based on a survey of frequent travelers by Global Traveler, a leading industry publication geared to business and luxury fliers...