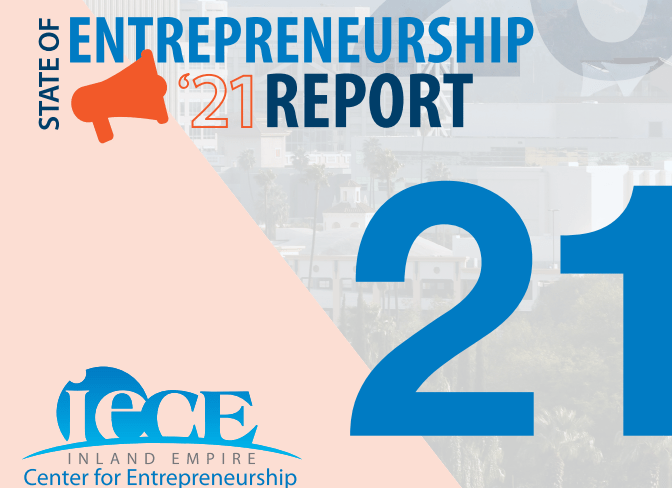 According to Kauffman Foundation, indicators of early-stage entrepreneurship include four (4) key measures taken from Bureau of Labor Statistics (BLS) data. The four indicators are:

A key thing to remember when assessing new ventures is how many of them are what HBR author James McNeill calls ‘Mom and Pop’ and how many are startups with functional management. Another aspect is what will happen to the business if the founder/owner leaves.

Opportunity entrepreneurs are “people who start businesses to exploit a potential opportunity.”

This leading indicator reveals the number of jobs startups create.

In 2019 – 2020, startup job creation levels fell below the national level but were still above the state-level average. In the Inland Empire region, new startups outperform their peers at the national and state levels, on average, regarding creating total new jobs.

As opposed to popular belief, startup job creation is not that high. And even when it is, the jobs created are low-skilled. Thus the need to read and interpret data carefully.

Research, such as by Danish authors Johan and Nikolaj (2016), revealed that a disproportionate number of jobs created by startups were low-skilled services jobs. Similarly, a UK study found startups, on average, only reach $180K in revenues in their sixth year, making it difficult to support jobs. Lastly, an HBR article by Daniel Isenberg cites a study by Dun and Bradstreet that attributes over 90% of jobs since 2008 to mid-market firms (those having $10M to $1B in revenues).

Although startup activity should be encouraged (as they push forward the frontiers of innovation), it needs to be carefully considered how many good jobs they create.

In 2019 – 2020, the survey found a slight increase in firm death rates for Inland Empire firms, while at the national and state levels, the firm death rate continued to decline.

To put things in perspective, an article in Cal Matters quotes data crunched by economists in collaboration with the U.S Bureau of Statistics “Across the U.S., about 4.4 million applications for new businesses were filed last year, compared to roughly 3.5 million in 2019”.

However, careful reading suggests that even when ‘Mom and Pop’ startups get successful, they have a modest impact on new hiring. For example, in the same article, when the author asked about the mystery behind a rise in new business registrations, even in the wake of COVID-19 and its after effects, Mark Herbert, vice president in California for Small Business Majority, a national organization advocating for small businesses had to say that:

“We’ve been tracking it and have more questions than answers at this point.”

If you are here, you may want to learn about the “opportunity industries” and how good jobs are related to investing in these industries. What are Opportunity Industries, and How Are Good Jobs in the Inland Empire Related to Them?

We will report more about the “State of Entrepreneurship 2021 Report” next week.

Other articles you may find interesting and useful.