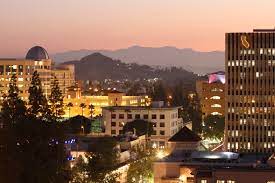 Deepbits‘ is an ExCITE Riverside, CA alumni and the startup has come up with a tool to detect and disassemble malware from a computer’s binary code. They call it the ‘analytic tool chain for binary code“.

Various organizations have backed Deepbits and its technology commercialization efforts. These include:

2019: It was in May 2019 that the startup released its product called Dr. Binary, an AI-powered threat discovery platform for binary code and said it identifies vulnerability, malware and code plagiarism in software assets.

It later released another product called DeepDi, a fast and accurate disassembler powered by AI.

CSUSB to Use NSA’s $3M Grant to Build Cyber Security Talent: The National Science Foundation is spreading its bets across universities and startups where it seeks to prop up new cyber security talent and upstarts.

The National Security Agency (NSA) awarded a $3M grant to CSUSB to build cyber security talent in the country. The university will execute this project in collaboration with the Riverside Community College District’s LAUNCH Apprenticeship Network, San Bernardino County Schools, and the company Tomorrow’s Talent.