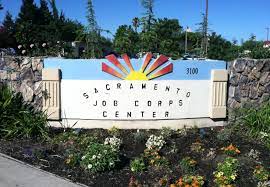 The “Californians For All Youth Jobs Corps”, part of “California Comeback Plan” is a $185 Million job and career enhancement program funded in Democratic Gov. Gavin Newsom’s 2021-22. According to the terms of the program, the state government will make $150 million available to 13 large cities and $35 million to smaller counties in the second phase.

The intent of the two-year plan is ”to increase youth employment in our underserved and underemployed populations, developing meaningful career pathways for young people and helping our communities tackle local priorities,”

Job Corps is the largest Free residential education and job training program for young adults ages 16–24. The Jobs Corps will work with the cities to recruit thousands of Californians between the ages of 16 and 30.

The program is administered by the United States Department of Labor. Job Corps graduates either enter the workforce or an apprenticeship, go on to higher education, or join the military.

“This program will be intentional about focusing hiring on underserved populations like low-income youth, youth who are unemployed or out of school, youth who are justice-involved or transitioning from foster care or are engaged with mental health or substance abuse systems,”

The California Blueprint 2022 has three core strategies in the budget 2022-23 that the Office of the Governor will rely upon to accelerate economic growth and create jobs.

Office of Technology Transitions (OTT) at the U.S. Department of Energy (DOE), the EnergyTech University Prize (EnergyTech UP) is a collegiate competition challenging multidisciplinary student teams to develop and present a business plan that leverages DOE national laboratory-developed and other high-potential energy technologies.