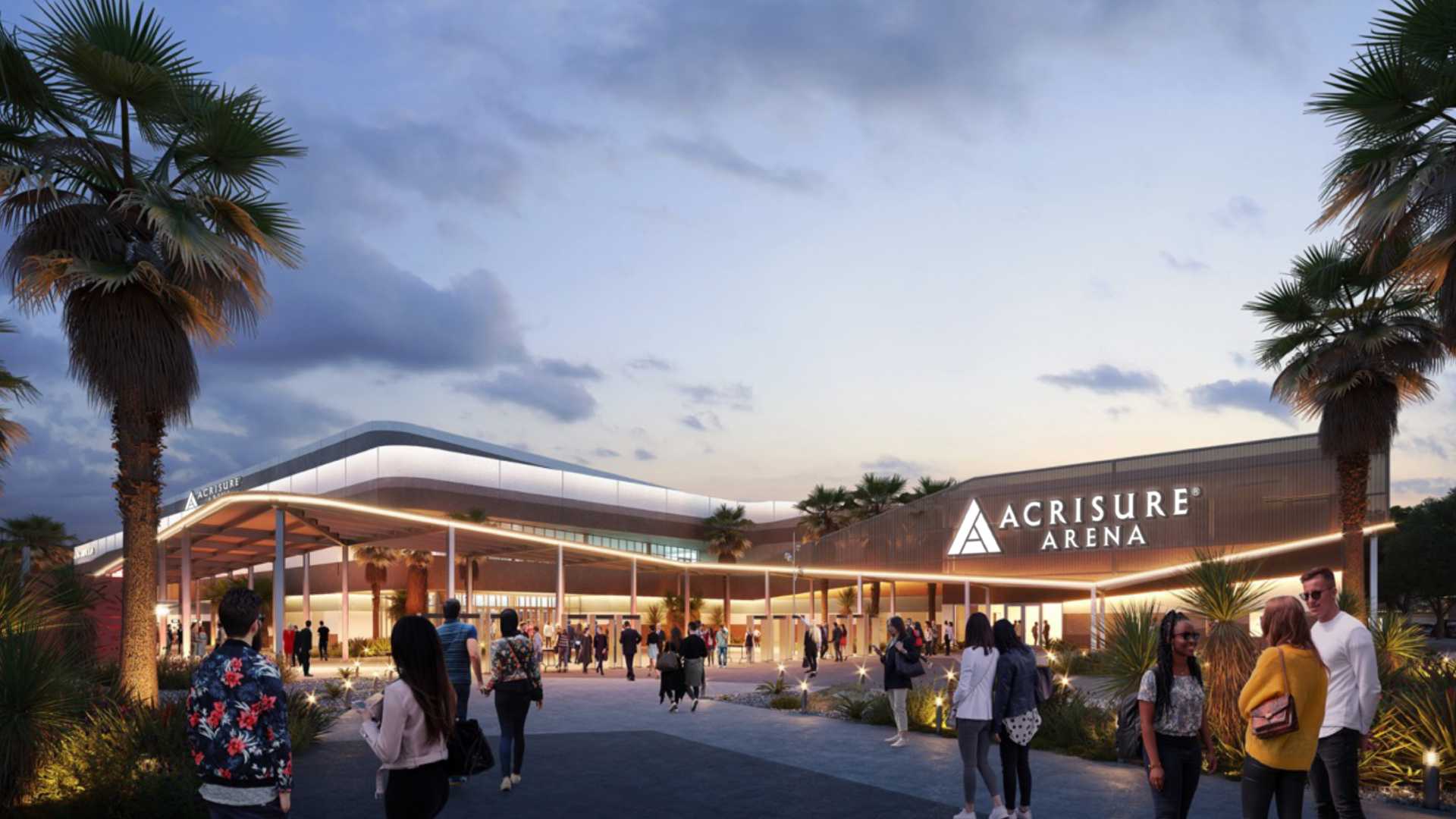 Acrisure area, home to Seattle Kraken’s American Hockey League (AHL) team, Coachella Valley Firebirds, will open by the end of this year (December 2022). The top-notch venue will be home to some of the biggest and brightest names in the music business. When it is ready, it will have 11,000 seats for the guests, including contemporary luxury suites.

Acrisure Arena has been under construction for 14 months after breaking ground in June 2021 for the $250–300 million project. The 10,000-seat Arena has been taking shape over the past year for anybody traveling along Interstate 10.

According to project executive Bill Dieter, more than 400 employees built the Acrisure Arena. As the project is nearly complete, installing a 17,000-square-foot concrete ice rink marked another significant construction milestone for Acrisure Arena.

This construction is taking place quite rapidly. The first hockey game will officially take place on December 18. Thus, seeing the rink’s concrete and even one single seat is a significant milestone for the team responsible for keeping the project on track.

Final Round of Construction

A horseshoe-shaped collection of stands already has fences and concrete slabs. Moreover, the concrete sheet is one of the project’s final components. And this will take place in late November or early December.

Retractable seats will be placed in an open space on the Arena’s west end. These seats will be used for hockey games and maybe pulled back against the wall to make way for a stage for concerts.

In addition to serving as an entertainment hub, the Arena will substantially influence the community by creating employment and involving local workers in constructing these jobs. People from nearby cities may now go to the Arena to experience the many shows it will present, thanks to the inauguration of the CV rail lines.