$160B+ Economies of San Bernardino and Riverside County 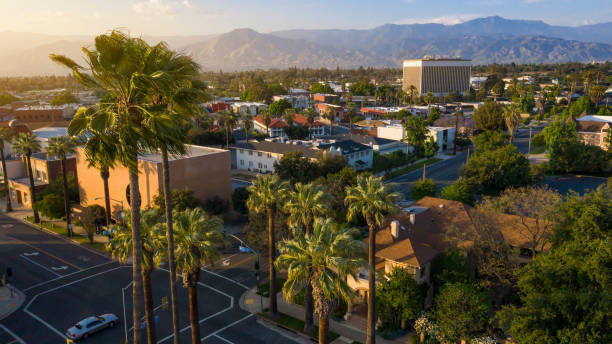 More than ten counties in California have unmatched size of economies. For instance, the following counties, as part of the State of California, make up trillions of dollars in total GDP.

Per statistics shared by Jonathan Lanser of Southern California News Group, the GDP of Riverside and San Bernardino counties is just above $160 Billion.

We know both counties heavily depend on logistics and warehousing operations and serve as two of the most preferred destinations for logistics, industrial leasing, and distribution operations for Walmart, Amazon, and other big retail giants.

Amazon has invested billions in the local economy of the Inland Empire.

This indicates that each county in the state has a thriving economy. San Bernardino and Riverside also enjoy sizable GDPs despite the massive economic disparity issues that still need solutions.

Difference Between the Economies of Riverside and San Bernardino

Riverside and San Bernardino counties comprise the Inland Empire region and have a GDP of $160 Billion. However, there are significant differences between the both. For instance, in Riverside, California, household income is 52% higher than in San Bernardino and is 8% above the national average. There are other dissimilarities as well:

Population with an income greater than $200K/annum is also greater in Riverside compared to San Bernardino (the former has 4.7% of its population in this category of earners, whereas the latter has 1.3% of people earning that amount). Similarly, unemployment is also lower in Riverside than in San Bernardino.

New Developments and the Promise of the Inland Empire

San Bernardino and Riverside are not the biggest counties in California in terms of GDP. But, if we move beyond mere numbers, a lot is happening in the region, making it a preferred choice for certain industry sectors, such as the logistics and electric vehicle industries.

California State University, San Bernardino, or CSUSB, has established two leading cybersecurity programs in the country. In addition, the National Security Agency (NSA) awarded a $3M grant to CSUSB to build cyber security talent in the country. The university will execute this project in collaboration with the Riverside Community College District’s LAUNCH Apprenticeship Network, San Bernardino County Schools, and the company Tomorrow’s Talent.

The California Air Resources Board is building a state-of-the-art vehicle emissions testing and research facility at the University of California, Riverside.

Loma Linda University, a global leader in healthcare, will open its $1 billion expansion in 2021

Southern California’s Inland Empire region is home to some of the best companies in their respective niches. These include: