Why a UC Riverside scientist got $2M in grant? It has to do with Quantum computers 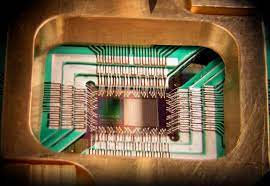 Why is it important?

The current technology requires that these computers run in “cryogenic conditions,” which means that they are operated at very low lab-grade temperatures (-273°C, to be precise).

Scientists call it a limiting factor of Quantum computers which makes it impossible for researchers and organizations to use these compute machines outside of high-tech research companies. This, in turn, means these computers are not produced in bulk. As a result, society at large cannot benefit from these powerful computers.

The breakthrough lies in alternative materials and structures

The National Science Foundation has provided a $2M grant to Mangolini’s research team and how the team uses a ‘first principle’ method to solve the problem. UC Riverside’s Holy Ober explains it:

The project will integrate silicon quantum dots with carefully designed organic molecules to optimize optical and electronic coupling between the two components so the computers can operate without need for cryogenic conditions.

Mangolini’s team will use the inorganic component to store and optically access quantum information at room temperature is a Silicon quantum dot, a sort of nanoparticle with optical and electronic properties.

“By grafting transmitter organic molecules onto the surface of the silicon particles, we can tune the chemistry and bidirectional energy transfer between the two system components to achieve unprecedented control over their optoelectronic coupling,”

The researchers at the U.S Army are also trying to solve this sticky problem. A research paper they recently published in the Science Daily throws light on their approach: