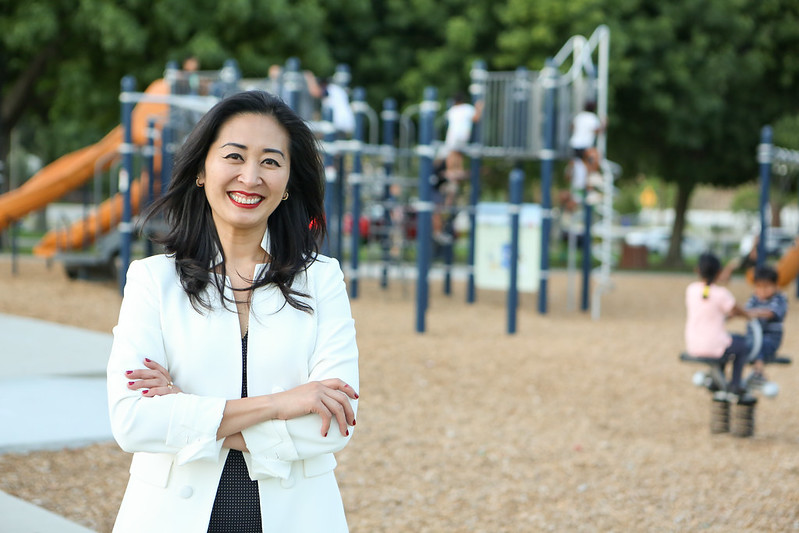 Preliminary election results suggest Tran won the mayoral position with 62% of the vote, beating veteran City Atty. James “Jim” Penman received just under 40% of the vote. According to the San Bernardino County Registrar of Voters, less than 10,000 individuals voted in the election.

Tran will join one of the most varied groups of City Council members, but she says her emphasis will be on cooperation — both with her colleagues and the community.

Tran, a lifetime San Bernardino resident and mother of three, said her parents relocated from San Diego to the region shortly after arriving in the United States with no money or resources. She recalled having to learn English in San Bernardino schools and her first experience with political activism via her high school’s Key Club.

She was most recently the director of human resources and risk management for West Covina after leaving San Bernardino City Hall after the election of her predecessor, John Valdivia. She expressed her feelings about his leadership; he faced mounting criticism and was convicted by the City Council before losing reelection.

With her previous experience working for the city in risk management and as someone who “truly cares and loves the city,” she is eager to begin her new post.

Three Good Things Helen Tran May Do for San Bernardino

Ensures the Provision of a Clean Environment for Residents.

San Bernardino has 41 parks for its communities, but many still need to be appropriately maintained or protected by the city.

Helen Tran will endeavor to clean up local parks and ensure that the Parks Department has the employees and resources to restore and maintain them. Helen is dedicated to providing a safe play environment for San Bernardino’s children.

Create Better Job Opportunities for Everyone.

Helen Tran recognizes that change is required in San Bernardino to attract high-paying jobs, which is why she will strive to:

Reduce Homelessness as Much as She Can.

Helen Tran, as Mayor, will aim to:

Read more about issues that Helen would work on here.

Helen Tran is the third female Mayor of San Bernardino. She defeated City Attorney James “Jim” Penman, who garnered under 40% of the vote. Less than 10,000 people voted in the election, according to the San Bernardino County Registrar of Voters. Tran aims to encourage new business development and conduct more community cultural events in San Bernardino.