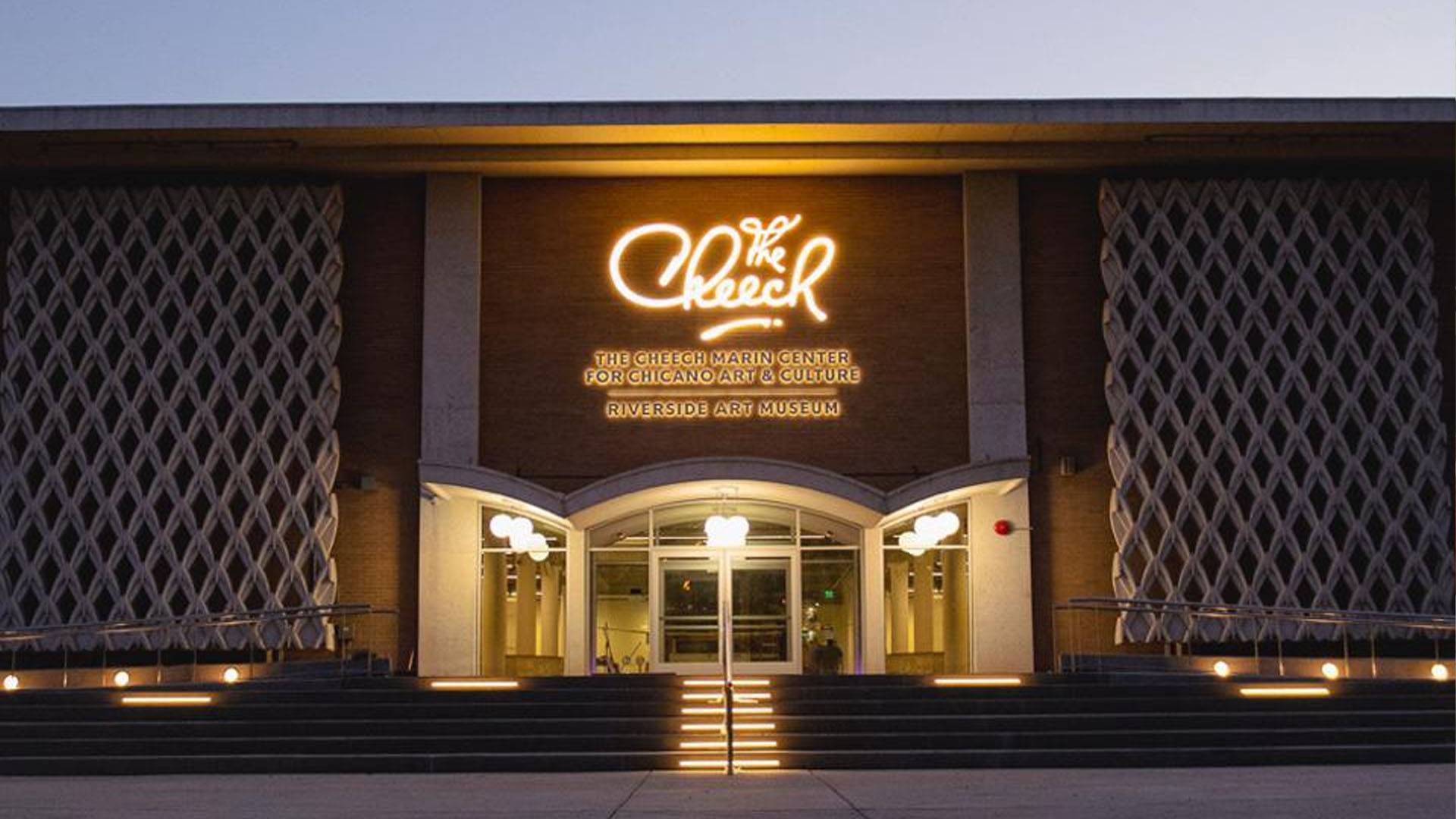 Cheech Marin—one of the world’s foremost collectors of Chicano art, known for his art in the Cheech & Chong comedy team had an art museum opened under his name called The Cheech Marin Center. This is a partnership between Riverside Art Museum, the City of Riverside, & Cheech Marin. He first began collecting the works of Mexican American artists.

The Cheech Marin Center is expected to generate millions in spending in Riverside, vitalizing the region’s economy.

Today, Marin has one of the most significant collections in the world, consisting of over 700 works of art.

The comedian-turned-serious-collector will donate about 550 paintings, photos, sculptures, and other works to the Riverside Art Museum’s Cheech Marin Center for Chicano Art & Culture, which opened on June 18.

The center’s creative director, Mara Esther Fernández, announced that the first show, “Cheech Collects,” will include over 100 pieces by 44 artists. Margaret Garcia, Wayne Alaniz Healy, and Frank Romero are some of them.

In preparation for its long-awaited premiere next weekend, workers are finishing up “The Cheech.” The organization’s location is a two-story, 61,420 square foot structure built in the 1960s that once served as Riverside’s primary library. The facility is anticipated to have an immediate impact.

The Cheech Marin Center: A Game-Changer for the Riverside County

The center will boost Riverside’s reputation in the art world across California, the Southwest, and the country as a whole, according to Carlos Tortolero, president and creator of the National Museum of Mexican Art in Chicago, which has more than 18,000 pieces.

The Riverside Art Museum’s executive director, Drew Oberjuerge, has stated that the center expects to draw 100,000 visitors annually. This estimate is based on the fact that the existing museum draws about half as many visitors each year and Marin’s notoriety and the importance of his art collection.

In research from November 2020, regional economist John Husing predicted that the center would result in $20 million in more expenditure in the Inland Empire’s largest city in its first year.

The City to Become a Favorite Travel Destination for Art Lovers

The city will become a popular travel destination for serious art enthusiasts, according to Husing.

Husing based his projections on the popularity of a well-known local event, the Mission Inn Hotel & Spa’s Festival of Lights, which annually attracts more than 500,000 visitors between Thanksgiving and the beginning of January. However, in recent years, the coronavirus pandemic forced the hotel to postpone the event’s well-attended switch-on ceremony.

Riverside’s main attraction for years has been the Mission Inn, located across the street from the art center. The city has gained recognition locally and nationally because of the rapidly expanding UC Riverside, which is frequently rated as one of the best institutions in the country. According to Los Angeles economist Christopher Thornberg, the center will build on such qualities, which is “a tremendous start in the right direction.”

However, according to Thornberg, the center will be up against a lot of competition from Southern California’s several other museums. The Riverside Art Museum’s new wing has several advantages, not the least of which is its connection to celebrities. Cheech is a larger-than-life character, according to Tortolero.

The facility is perfectly designed to take advantage of shifting demographic trends that have turned the Inland Empire region of Riverside and San Bernardino counties into a metropolis where Latinos account for more than half the population.

Clarissa Cervantes, a member of the Riverside City Council of Mexican American ancestry who was born and raised in the Coachella Valley, believes the center will be well-received by the rapidly growing Latino population.

It was in November last year that Startempire Wire reported about the opening of The Cheech Marin Center in the Riverside Art Museum. Originally set to open in May 2022 but got delayed by a gap of one month.