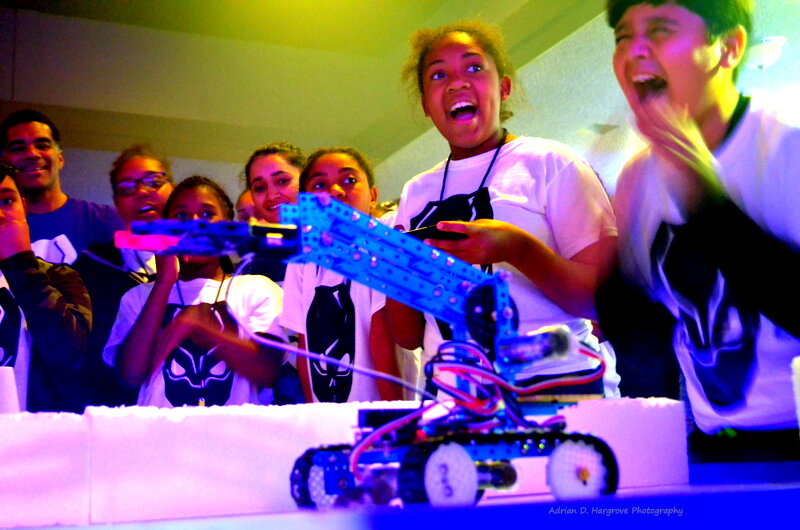 “Jobs in the computing field are expected to grow by 13 percent between 2016 and 2026, a rate that’s faster than the average growth rate for all occupations“, according to Maggie Johnson, VP of Education and University Programs for Google. Gallup found that only 46 percent of Black and Hispanic students indicate that they have classes dedicated to computer science at their high school, compared to 52 percent of white students. However, organizations and individuals are trying to address the challenge independently.

The C3 Initiative’s mission is to prepare 1 million minority youth coders, makers, and designers for future tech jobs. The non-profit develop programs that build and improves programming and robotics skills in minority youth aged 8-18. The program design is based on scenario-based learning.

Story Behind the C3 Coding Program

“What if the cure for cancer is trapped inside the mind of a kid who can’t afford education” is a quote that inspired me.
Kevin Carrington, the founder of the C3 Initiative, started a coding program for minority kids.

Kevin says the program is a way to get underserved American kids excited about technology from a developer angle. Starting four years ago with just three kids was the humble beginning of the initiative. However, it has expanded to have 70+ kids with more exciting and detailed projects.

Not Just Consuming Technology but Creating it as Well.

No doubt, coding is the new literacy for the digital world. Providing underserved and minority kids with the chance to code enhances their problem-solving skills and prepare them for future success.

A key differentiator of the C3 program is that it encourages kids to become creators of technology rather than passive consumers. Older kids become instructors to the younger ones, and the way the C3 program is designed, the goal is to build a thriving community of young learners willing to teach others.

The Rise of Kids Coding Programs

While there is still a shortage of user-friendly kids-only coding platforms, a few larger and more popular code-instruction platforms like Codecademy, Code Avengers, Code Combat, Khan Academy, Scratch by MIT students, and Code Monkey have released kids-friendly coding classes. One dedicated platform that gained a lot of traction is Tynker. a leading K-12 creative coding platform.

This validates the need for dedicated coding programs for kids, and the need cannot be emphasized enough for kids from minority groups.

The European Union also emphasizes the need for such camps for young learners. One example of a dedicated kids coding camp is “Europe Coding Bootcamp for Kids.”

The push for dedicated platforms, forums, and programs is so big that Byju’s, an Indian multinational educational technology company, bought California-headquartered Tynker for $200 million. Currently, Tynker is reported to have 60 million kids on its platform.

Kevin Carrington’s C3 Initiative also incorporates robots into the coding programs showing that the kid’s coding camp is ahead of its time in the region and a step in the right direction to help the local youth.

Apart from C3, there are a couple of kids’ coding and robotics platforms that you may check out to inspire your kids and take on a coding challenge of their own. One is ‘Kids That Code,’ and the other is ‘Tinker The Robot.’

The two are playing their part in making the Inland Empire smart one kid at a time, from online and in-person workshops to virtual workshops and robotics kits.