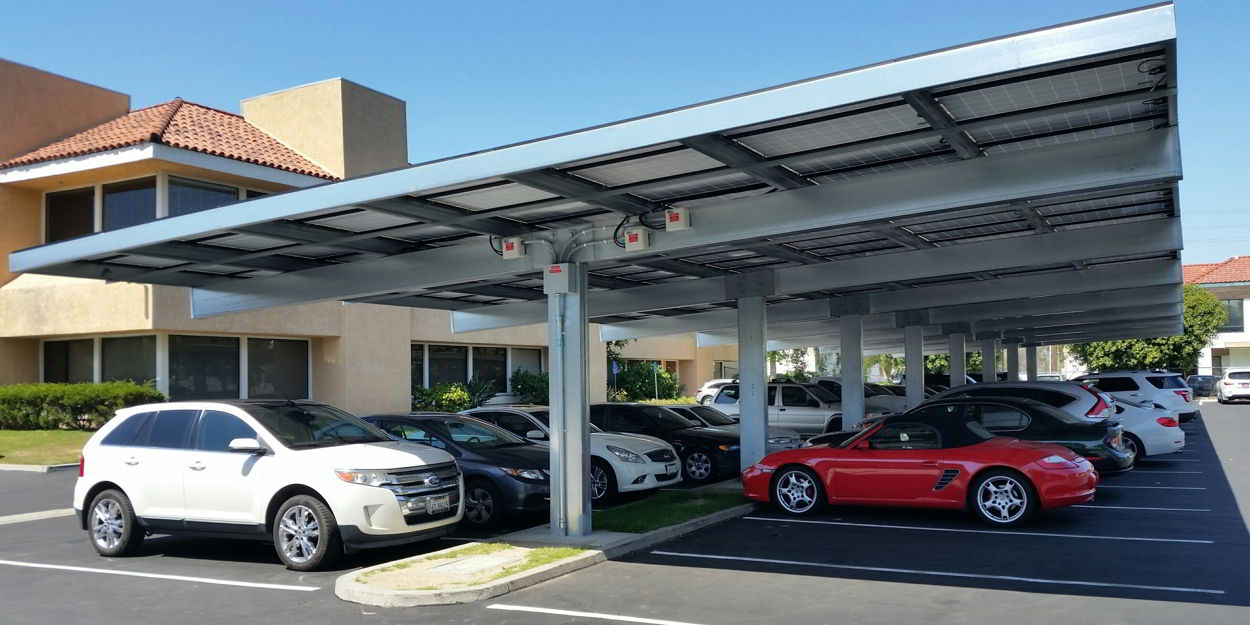 Solar carports are an excellent method of producing electricity from a free-standing building that provides shade and storage for tools and automobiles.

According to a Yale University study, the state’s carports could provide nearly one-third of its electrical needs.

According to some estimates, there are two billion parking spaces in the United States. The typical parking space is 144 square feet and is around 18 feet long by 8 feet broad. The surface area of a 480-watt Q-Cells Q.PEAK DUO XL-G10.2 is about 24.8 square feet. So, with a 2,880-watt capacity, almost six modules can be put in a parking space.

Five hundred million parking spaces will have a capacity of 1.44 TW if it uses 2.88 kWdc per space to cover only 25% of the nation’s parking spaces. Additionally, if we assume a reduced average generating capacity factor—say, let’s 15%—due to the panels’ improper angling, they would still produce 1.89 PWh of power. Currently, the US consumes around 4 PWh of electricity annually.

In cities, pavement takes up 35% to 50% of the total surface area, and 40% of that pavement is parking lots. Additionally, data for solar carports in California are included.

Goal to Achieve by 2045: Use Only Renewable Energy!

The Senator further mentions that according to estimates from California’s energy authorities, 110 GW of additional solar energy would be required for the state to reach its goal of using only renewable energy by 2045.

Incentives for solar carports have already been implemented in several jurisdictions, helping to offset the higher costs of steel, installation, and grid connection. Usually, these extra expenses would raise the price of a typical business rooftop installation by as much as $1 per watt.

The SMART program in Massachusetts provides a 6/kWh incentive for any “Canopy Solar Tariff Generation Unit” for twenty years. A 20-year, 5/kWh incentive for solar carports is available under Rhode Island’s RE Growth program. However, this incentive was not extended for 2023.

The French parliament recently adopted a new law requiring solar panels to be installed in parking lots with a surface area of more than 1,500 square meters.

Sen. Josh Becker (D-San Mateo) of California has proposed new legislation that will employ a tax incentive to promote the construction of solar carports across the state. This legislation will be up for consideration at the beginning of 2023. The carports in the form could meet about one-third of its electricity requirements. Data about solar-powered carports in California are also provided.