Buzzbox Featured for Offering the Best Beverage Package of 2022 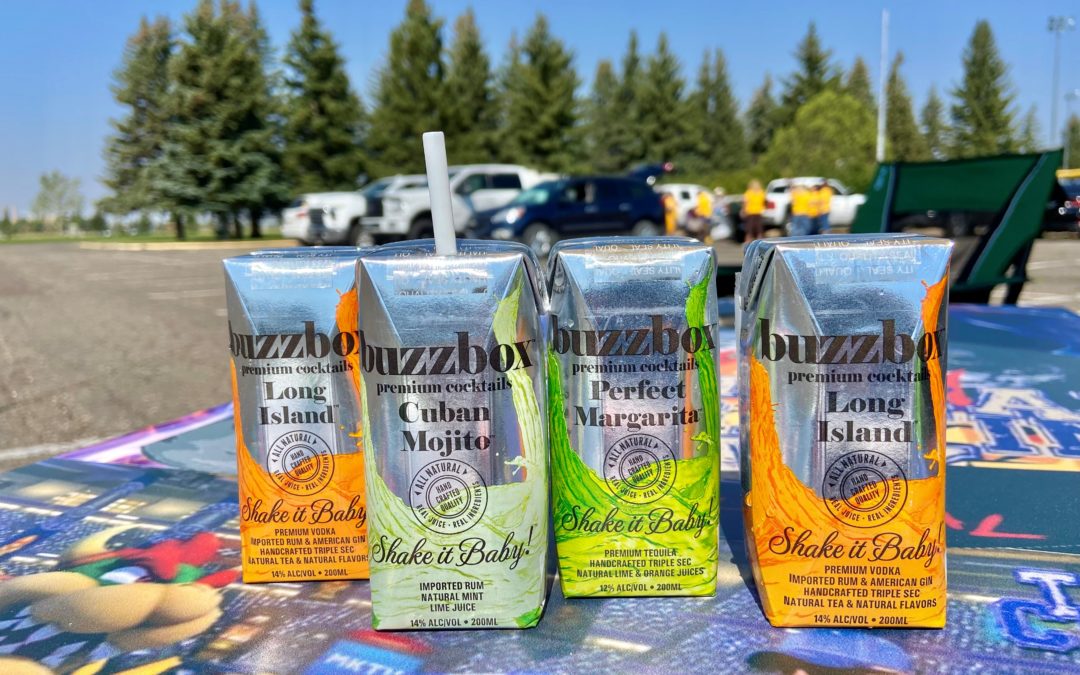 Americans are urged not to throw out seasonal pumpkins and jack-o-lanterns after the leaves have fallen and they have outlived their usefulness to avoid the discharge of methane gas.

Beverage producers are adopting a proactive stance with packaging innovations, much to the ecological initiatives companies take with pumpkins and jack-o-lanterns. Brand owners are taking action to cut down on or do away with some of these materials as more studies draw attention to the negative consequences of single-use packaging.

Here’s a list of the five Best Beverage Package Manufacturers of 2022:

Buzzbox Premium Drinks, based in Indio, California, unveiled new packaging for its ready-to-drink, all-natural ingredient cocktails this past summer. As part of the design, the plastic straw was swapped out with Tetra Pak’s Dreamcap, a resealable screw cap made of renewable materials.

“Our plan was always to move from the original straw pack to Tetra Pak’s Prisma aseptic cartons with the resealable DreamCap,” says Eric Hundelt, vice president of marketing for Buzzbox. “Not only is the DreamCap packaging more sustainable and better for the environment, but they are also more convenient, portable, and easier to serve.”

Buzzbox and Tetra Pak collaborated closely to help the transition by ensuring the supplies and inventory needed to enable it was safe. According to Hundelt, paper is readily available since it is produced locally.

Buzzbox Enters the City of Indio

Buzzbox has expanded its footprint to the City of Indio. Members of the Coachella Valley Firebirds and Acrisure Arena celebrated the grand opening of a new location for Buzzbox premium drinks and a new relationship.

Bacardi, located in Hamilton, Bermuda, stated earlier this year that it would stop using plastic pourers on its bottles in the United States, Canada, Puerto Rico, Spain, and Portugal, reducing yearly single-use plastic use by around 140 tonnes.

The company’s aim to eliminate all plastic by 2030 includes the procedures to remove plastic pourers from bottles. Nervi emphasizes that the business is now examining how it uses plastic and considering what actions might be made to eliminate or replace it with a sustainable alternative.

In the first quarter of 2022, Coors Light said to stop using plastic rings in packaging anywhere Molson Coors has brewing plants. Molson Coors Beverage Co., Chicago, will spend $85 million to facilitate the transition to more environmentally friendly packaging, allowing Coors Light to switch to cardboard-wrap carriers that are 100 percent recyclable and made with sustainably derived materials.

Two of The Coca-Cola Company’s most popular brands in North America, DASANI and Sprite, are making significant efforts to promote a circular economy for plastic packaging. To improve the possibility that the material will be used to create new beverage bottles, Sprite is switching from green to clear plastic, while DASANI is introducing bottles constructed entirely from recycled PET plastic (caps and labels are excluded).

The Wonderful Co., a Los Angeles-based company that owns the FIJI Water brand, said this summer that it had switched all of its 500- and 330-ml bottles in the country over to 100% recycled plastic (rPET). According to the company, the change would replace about 65% of the volume of bottles used by FIJI Water in the US with recycled materials. By 2025, the business plans to have converted every bottle size in its lineup to rPET.

To highlight beverage producers’ efforts to employ sustainable packaging for their brands, the editors of the Beverage Industry’s annual Best Packages of Year feature have picked several package releases. A beverage firm from the Inland Empire named Buzzbox was also included among the top beverage packages.