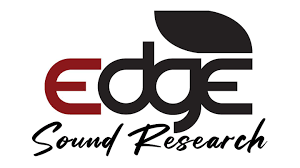 The Riverside-California startup first participated in the esteemed Consumer Electronics Show (CES) 2020. It has again made it to the CES 2022 in which it displayed its patent pending technology. 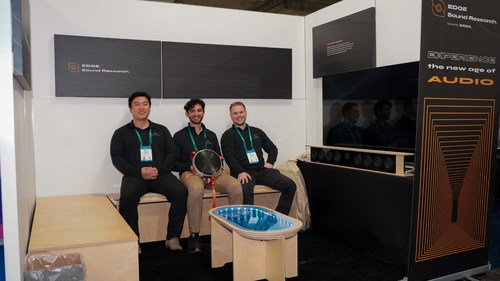 The ResonX. Although aimed at audio engineers and performance gamers, the ResonX gives anyone the ability to experience a new dimension of audio through touch and sound by simply strapping it to the back of their chair.

The company explain this technology as:

ResonX is the first Experiential Audio product created with entertainment experiences in mind. Simply attach to a chair with our X-straps and experience sound like never before. HEAR and FEEL the virtual landscape of your favorite game, the beat of your favorite song, the cinematic moments of your favorite movie, and much more.

Edge Sound Research also participated in the The Minnesota Twins Accelerator by Techstars to explore B2B opportunities for the application of their sound technology.

“We wanted to create a CES experience that would leave attendees in awe as they had an out-of-body experience feeling and hearing sound from sitting on a bench. Our aim was to demonstrate a new perspective for the future of sound and the feedback was nothing short of spectacular”

Use Cases of Edge Sound’s Technology

Major use cases of the technology by Edge Sound Research include:

Turning sound into vibrations is an emerging technology. A new device called Neosonsory mimics the diaphragm of a human ear. Healthy Hearing, an online magazine writes about the technology that “Neosensory is a wearable device resembling a wristwatch, mimics the ear’s cochlea by sending vibrations via the nervous system to the brain, effectively creating another sensory channel to the brain’s auditory processing center. (It can be worn by people who don’t have hearing loss, too.)

Such technologies are called ‘Assistive Listening’, however, Edge Sound Research’s use case and fundamental approach is different. That is why it is trying to appeal to entertainment applications of its technology.