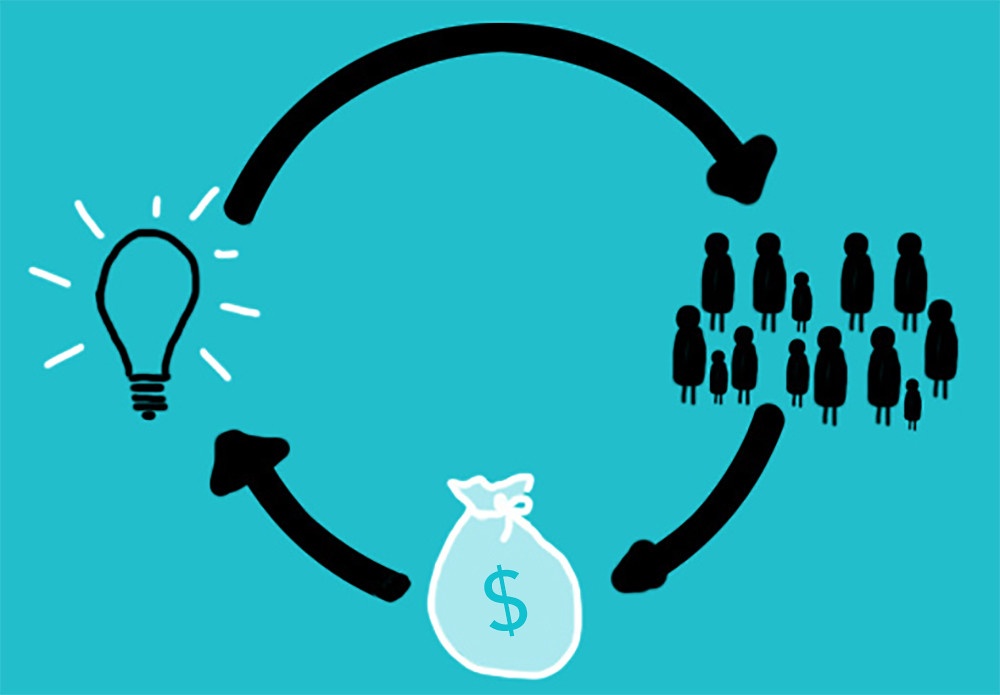 Blue is a mobile app and an NFC-Powered smart card to share your email, LinkedIn, Twitter, & more by swapping the card to a smartphone. It is essentially a digital business card that lets you introduce yourself when you meet new people.

Relay, also called the ‘Uber of trucking industry is based out of Riverside and raised approximately $500K on Republic from 1200+ investors.

The startup that connects truck drivers with carrier companies also won the Riverside innovation month award in April this year. It essentially solves the driver availability issue for trucking companies that find it hard to find experienced truck drivers when they need them the most.

The cool thing about Relay is that it is already a profit generating startup having $2M in Annual Recurring Revenue with 20% MoM growth. It has 1,000+ drivers and 400+ carriers signed on to the network.

Black Porch Homes, a manufacturer of tiny homes based at San Bernardino, CA did not raise as handsome of an amount as Blue Communications. However, it did manage to raise $158k via the equity crowdfunding platform Republic and was backed by 800+ investors.

The tiny home maker previously raised $577k before launching its crowdfunding campaign on Republic. It was founded by Todd Bayer and Stephen McKee, both real estate investors in the San Bernardino county. Housing crisis is at its peak in the California state. According to an estimate, the state still needs 500,000 new units annually to meet Governor Newsom’s goals.

GLOW beverages, a maker of vitamin and energy drinks raised $98k from crowdfunding website called StartEgnine. The beverages startup, with a valuation of $7M attracted 122 investors to whom it offered convertible notes against the equity investment.

GLOW is based out of Rancho Cucamonga , CA and was founded by John Larson. The startup sells two variations of drinks. One is called Hydration which is infused with vitamins, herbs, amino acids, minerals, electrolytes and antioxidants. The other is Hydration+Energy which combines the ingredients of its Hydration drink with Green coffee bean extract and vitamin B-12.

The startup boasts brands like Google, Netflix, and Uber as its customers.

The four startups we covered above show that crowd funding is a viable option if you are thinking of raising funds for your startup. However, not all crowdfunding campaigns are created equal and the amount you may raise totally depends on how attractive your product is to the audience, and the way you execute the campaign.

We do have examples of Oculus Rift, Glow Forge, and Flow Hive creating ripples in the startup community as they raised millions of dollars within a short span of time. However, it is important to raise crowdfunding for the right reasons.

According to Tony Wright, Glowforge’s co-founder who raised , the biggest advantage of crowdfunding is “you build a strong relationship with lots of customers sooner rather than later”.