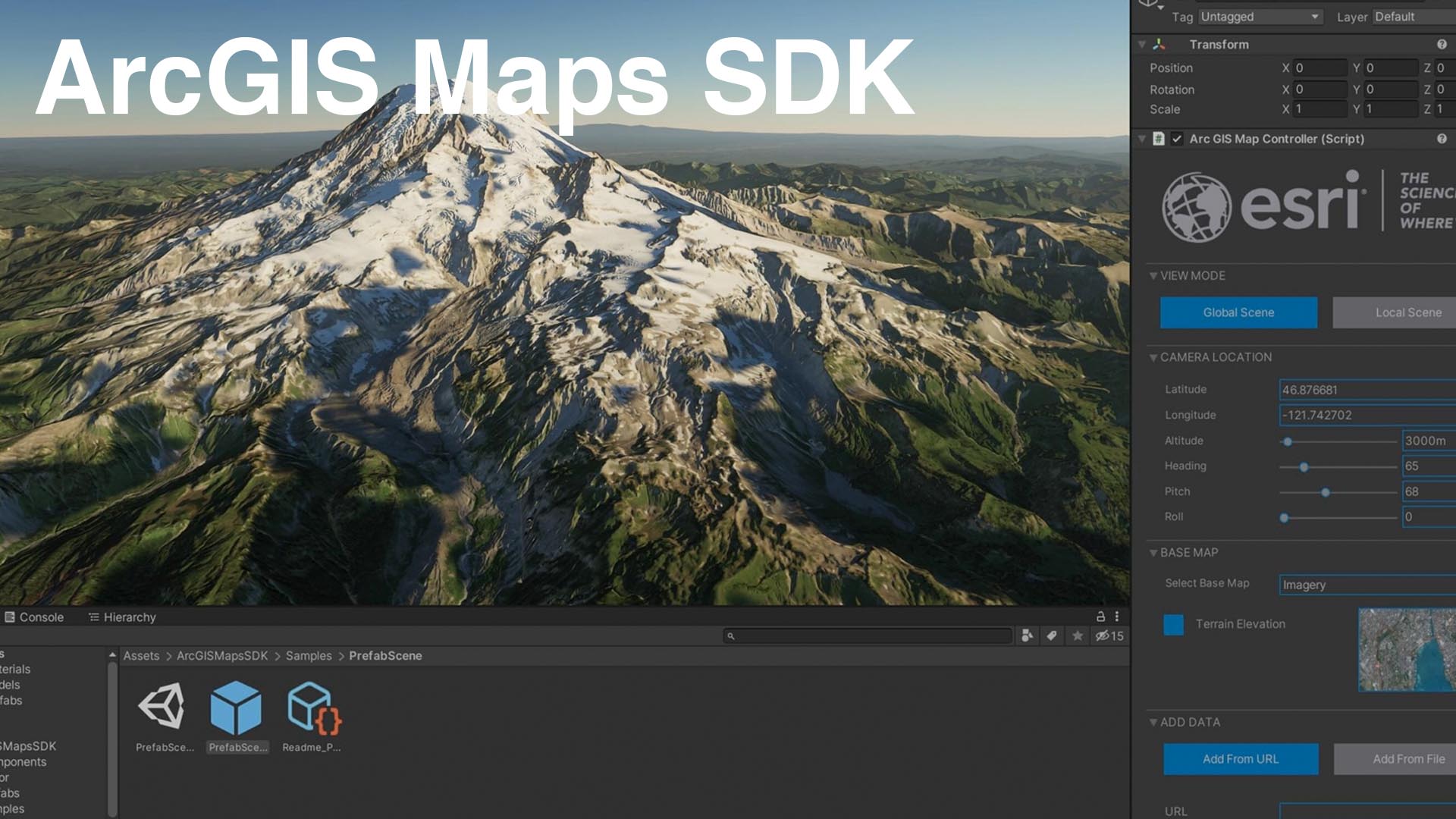 ArcGIS Maps SDK for Unreal Engine is a plugin developed by Esri that enables access to real world maps and 3D content from the ArcGIS Platform.

Esri launched a plugin named ArcGIS Maps SDK for Unreal Engine. This plugin allows users to access real-world maps and 3D material from the ArcGIS Platform. In it, you can find examples, Blueprints, a Modes Panel UI, Components, and an API for creating interactive, lifelike 3D and XR geographic experiences.

You can join the beta program from the Esri Early Adopter site and download the ArcGIS Maps SDK for Unreal Engine beta plugin.

What is an Unreal Engine?

Epic Games develop unreal Engine. Unreal Engine is a suite of integrated tools for game developers to design, build and play their games. From indie developers to large triple-A studios, anyone can use it to create games for any PC, console, mobile, VR, or AR device.

Epic Games announced that Unreal Engine 5 (the 5th version of the tool) is available for production-ready use on April 5, 2022, during the State of Unreal live-streamed virtual event, representing a generational leap in technological capabilities and processes offered to millions of creators across games, entertainment, and beyond.

Unreal Engine 5 delivers a slew of new tools for producing real-time worlds in incredible resolution. Check out some of its key features below:

That’s not just it. There’s much more to Unreal Engine 5. Check out all of its dynamic features here.

Jack Dangermond is credited with inventing digital maps. Esri, the firm he co-founded with his wife, Laura, in 1969, has risen from near obscurity to become one of technology’s most unlikely powerhouses, having weathered dramatic upheavals in computing that have wiped out dozens of its fellow pioneers. Dangermond has expertly converted Esri software for various platforms, including minicomputers, workstations, PCs, the Internet, the cloud, and mobile devices.

Mapping has changed the way we think about where we are. Maps are helpful tools for making decisions. Several technologies contributed to GIS advancements. GIS’s beginnings date back to 1854.

Esri controls more than half of the GIS (geographic information systems) software market. Its technology is utilized by 350,000 businesses, government agencies, and non-governmental organizations (NGOs) worldwide to produce 150 million new maps every day.

Esri created its geodatabase using an RDBMS. This changed everything. As early as 2002, the idea of topology and geometry accuracy was fully merged.

The notion of geodesign did not become Esri’s core goal until 2010. By merging geography and design, geodesign rethinks how we live around the globe. The basic premise was that geodesign transforms our reality by prioritizing people’s wants.

Esri: A Trailblazer in Digital Mapping

Esri’s story intrigued us for several reasons. It’s one of the most responsibly run private software businesses in the Inland Empire and probably throughout the country.

Esri serves a wide range of industries, from cities, counties, and police departments to the U.S. Geological Service and the National Park Service, and business verticals like financial services, insurance, logistics and distribution, manufacturing, real estate, etc. Visit this link to see the comprehensive list of industries Esri serves.

About the Future Releases of ArcGIS Maps SDK for Unreal Engine

We plan to deliver the first production release of the ArcGIS Maps SDK for Unreal Engine in June 2022. Please use the beta program to provide feedback on issues encountered with the latest pre-release so we have an opportunity to review and assess for upcoming production releases.