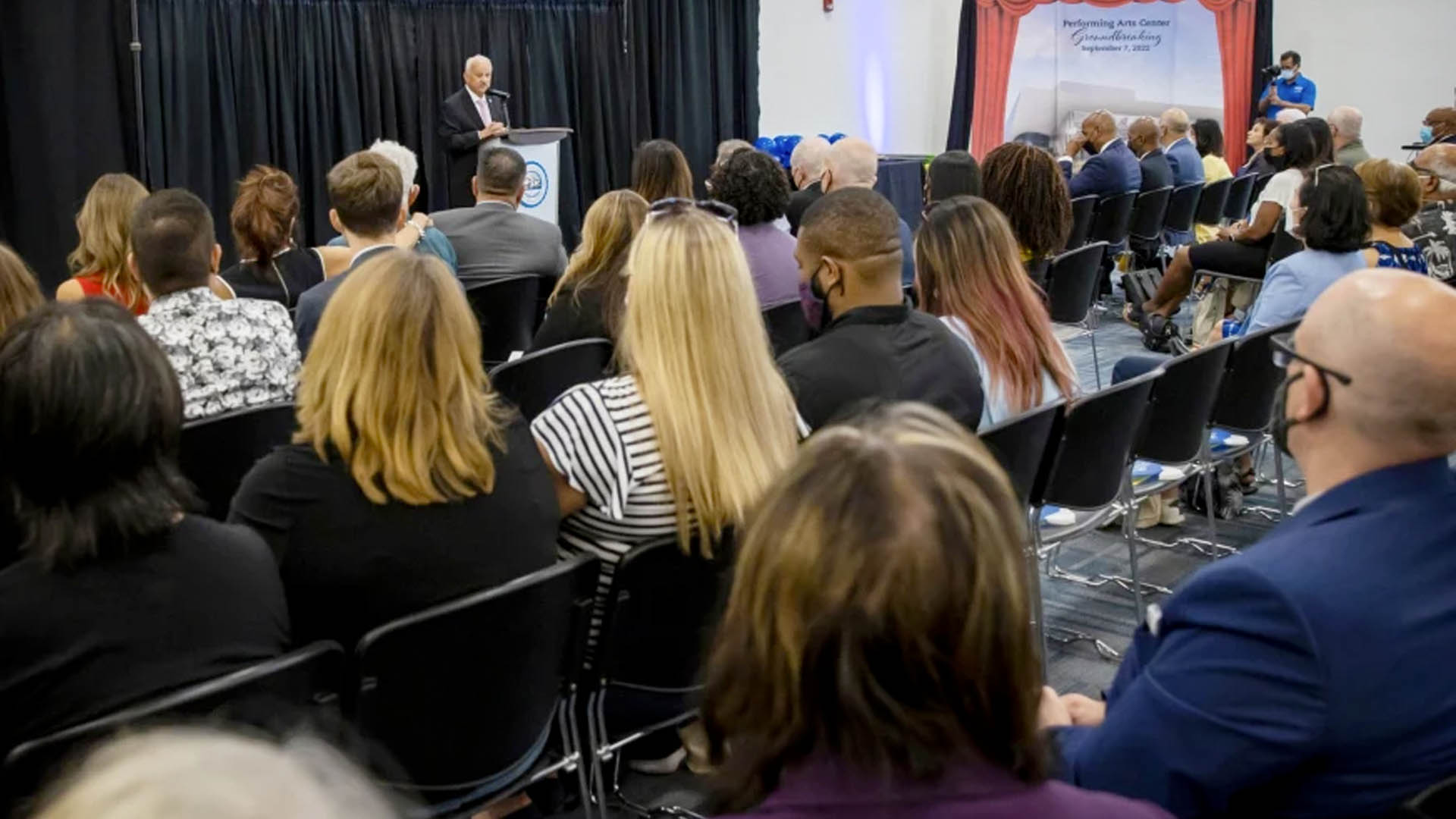 CSUSB broke ground on a multi-million dollar performing arts center project in the form of a $126 million performing arts building on Wednesday, September 7. With a 500-seat theatre for students in the university’s theatre arts and music programs, the new 73,337-square-foot building will be elevated south of the Performing Arts Building.

Opening of a 500-Seat Theatre

The $126 million theatre will be the only one of its size and caliber in the area, according to CSUSB authorities. The state-funded performing arts facility, anticipated to open during the 2024–2025 academic year, will also feature contemporary teaching, rehearsal, and performance facilities and provide a new “front entrance” to the school.

“Research shows that student learning and achievement increase when students are taught in new, rebuilt, or renovated structures,” he said in a news release. “Specifically, campus facilities have been shown to positively affect student health, student behavior, engagement, and attendance, all of which are associated with improved student achievement.”

An updated Santos Manuel Student Union, the Center for Global Innovation building, and a 400-bed student housing commons have all been erected on campus in the five years since the Cal State University board approved the San Bernardino college’s new master plan.

1,200 students move into the campus housing at CSUSB

Both new and recurring, the day before the start of the new academic year, on Thursday, August 18, Cal State San Bernardino students started moving into campus dormitories. More than 1,200 students had moved to Coyote Village, Arrowhead Village, and University Village by Sunday, August 21.

Two years from now, first-year students commencing their studies at Cal State San Bernardino will have the opportunity to have a different academic experience.

The university formally started building a $95.8 million, 164,000 square foot, 416-bed student housing complex and dining hall, marking the start of the largest construction project in the institution’s 51-year history. A proposed residential community with a capacity of 1,600 students will ultimately include the complex as its first phase.

Tomás D. Morales, president of CSUSB, said that the present and future Coyotes “deserve the absolute best” in front of the 300 university administrators, academics, staff, students, and community members.

“They have that already with their faculty,” he said. “Now we need to ensure that they have it in their learning spaces.”

All you Need to Know about the 2022 CSUSB Innovation Challenge