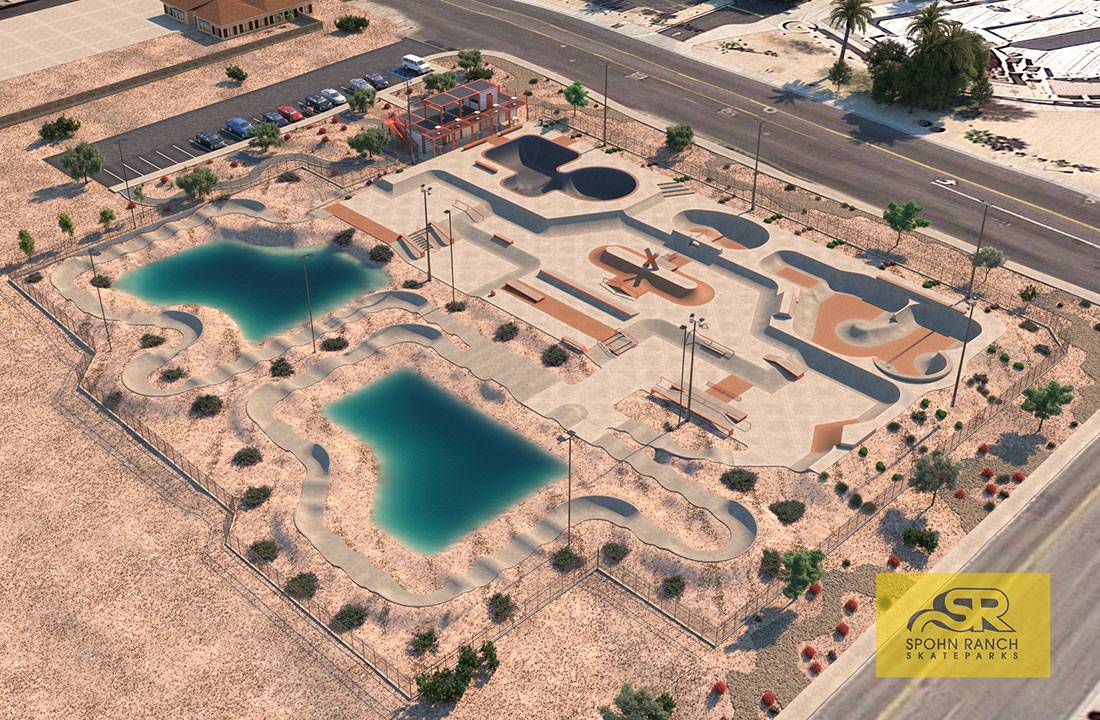 La Quinta X Park officially joined other parks of Coachella Valley as it opened for public use on 23rd March. The X park is built to provide the community with a space that’s not only safe but also a great source of positive development for the youth.

“It’s world-class, definitely the largest park of its kind in the region, and it’s probably going to be the most awesome in all of California. With X-Park, we can connect the people of La Quinta and, at the same time, bring in major sponsors and events from the [wheel-sports] industry.

The X Park is one of the largest and most diversified skate parks on the West Coast, catering to all types of skateboarding and riders from beginner to pro. The park has 31000 square feet of advanced and intermediate bowls and a wide street plaza with undulating, crossing concrete ribbons that create a 20000 square foot pump track. The park also has an air-conditioned pro shop where riders can obtain refreshments, new wheels, and bearings for their boards and bikes or relax.

The highly anticipated destination site not only has a skate park with over 40000 square feet of space, but it is also one of the few nationally designed state parks.

“Through 25 + years of success we have crafted a unique operation style that aligns with municipal standards while staying true to the culture that action sports enthusiasts enjoy.”

Notable legends such as Tony hawk and local legend Eddie Elguerra visited the park and 11 Olympic skateboarding athletes at a private Red Bull training session a few weeks ago.

Hawk has performed at the Coachella Valley on multiple occasions in recent years. In 2019, he participated in skateboarding sessions in Palm Springs’ old Wet ‘n’ Wild, where he rode the Pacific Spin slide.

“If you’re not from La Quinta, come check it out,”

“It is clear that just about everyone is itching to get their lapse in the x park. We have agreements in place to bring large-scale events to the valley and some potential televised productions. However, our priority is to give the residents the opportunity to get in and enjoy the facility first and foremost.”

The hours of operation of the park are as follows:

Closed on Monday and Tuesday.