California Utilities Commission Backs Off from the Solar Tax Proposal 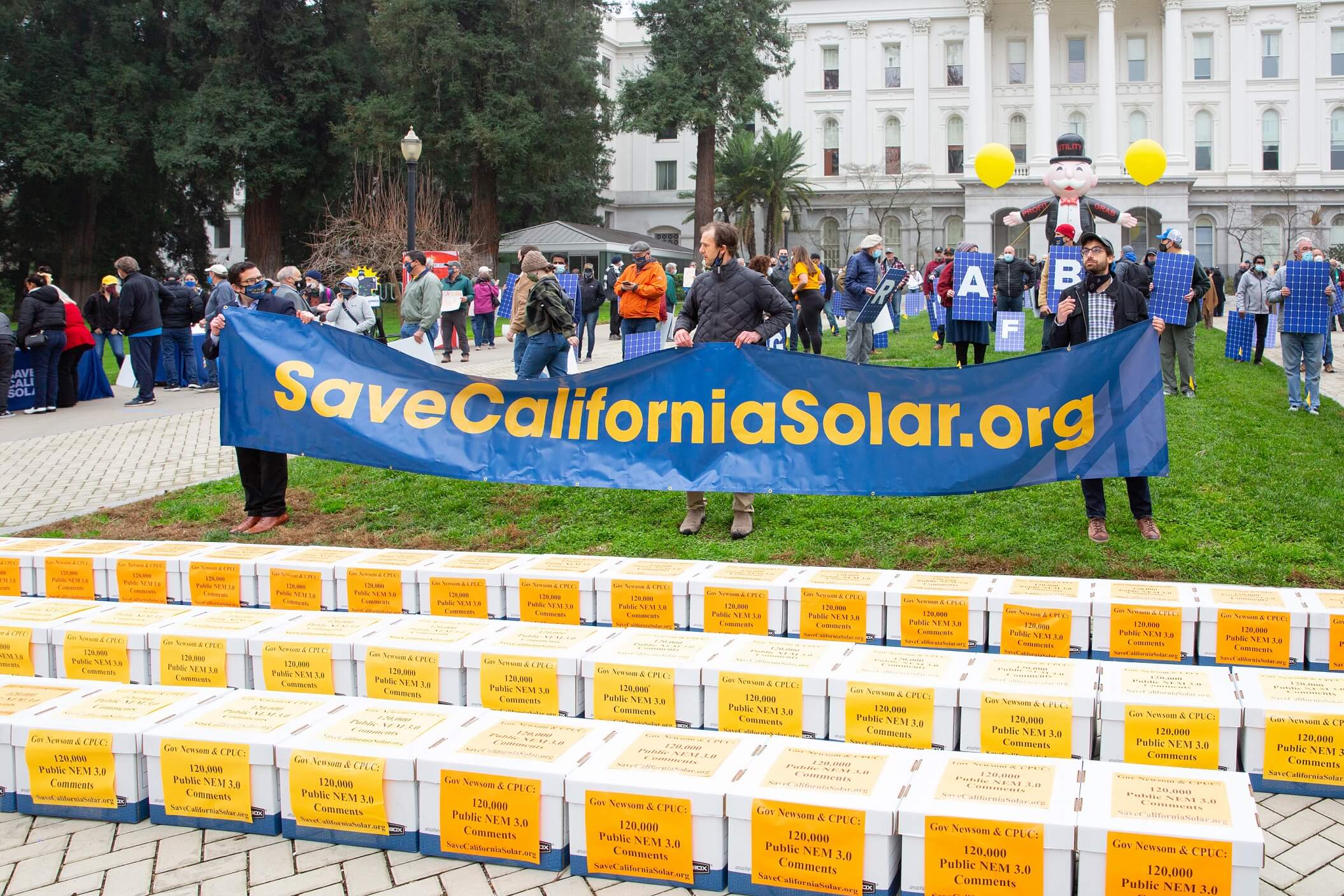 Riverside, CA — California is known for giving perks to its residents that have rooftop solar panels installed on their homes.

You may call it the best state for solar in the U.S. as the Golden State keeps adding solar capacity at a stellar pace making it five times ahead of Texas and North Carolina (Capacity of solar megawatts installed — CA: 29.2K MW; TX: .6.7K; NC: 6.4K). It’s home to 40% of the nation’s residential solar energy capacity.

The California Public Utilities Commission (CPUC) was about to pass a proposal called NEM 3.0 that would have tipped that balance in favor of other states. According to the Net Energy Metering (NEM 3.0) proposal, all solar customers in California were to pay the grid access charge, an $8/kW solar capacity charge per month, meaning $56 a month additional expense for a 7kW system owner.

According to analysts cited by PV Magazine, cumulatively it would have caused 57-71% overall reduction in solar savings across the state.

The good news is that CPUC has backed off from the NEM 3.0 Proposal indefinitely.

When CPUC floated this proposal to go ahead and levy an $8/kW solar capacity charge per month, this did not sit well with consumers and solar power companies.

Consumers were encouraged to voice their concerns in the CPUC public meeting. Public advocacy took off in the form of organizations like the California Solar and Storage Association (CALSSA) and websites and forums like SAVE CALIFORNIA SOLAR and SolarReviews. The latter even interviewed 4,000 active solar shoppers in the state and showed the reduced savings under NEM 3.0. There were protests in front of CPUC office and Los Angeles.

Sanity prevailed when everyone banded against NEM 3.0, hence the announcement that antagonist NEM 3.0 is out, indefinitely.

Per Reuters reporting, the shelving of NEM 3.0 is a temporary win for solar power companies.

A notice to parties involved in the rulemaking by the California Public Utilities Commission (CPUC) said the commissioner assigned to the proceeding “has requested additional time to analyze the record and consider revisions to the proposed decision based on party comments.”

What’s the Motivation Behind CPUC’s Proposal?

At the heart of CPUC’s proposal is an argument that says the current NEM 2.0 policy provides a multi-billion-dollar subsidy for wealthy homeowners at the expense of other utility ratepayers.

By adopting NEM 3.0, the CPUC argued, it would kill two birds with one shot, meaning that it would (1) eliminate the disparity of subsidies between current solar-customers versus non-solar customers and (2) it will encourage existing solar customers to install storage systems as well rather than just selling solar energy back to utilities.

CPUC argued that non-solar energy consumers of the state pay an unfair and higher cost of energy and their raising utility bills reflect that. CPUC needs to fix that in that it wants to level the playing field for both current and would-be solar energy consumers by taking some incentives away from current customers and packaging them for would-be consumers (who happen to be non-solar at this time). It also argued non-solar consumers are disproportionately low-income households so it makes sense to make the structure of subsidies work in their favor.

Secondly, tiny percentage of solar home owners have storage batteries and their subsidies and incentives encourage them to sell back energy to utilities. CPUC wants to encourage battery storage system installation and putting a charge of $8/month on joining the grid for selling electricity will encourage home owners to first install battery storage.

We reported on the proceedings of this public campaign that caused a shift in CPUC’s stance. We wrote that “California’s Solar Energy Consumers Resist CA Public Utilities Commission’s Decision. It was only time that CPUC would have backed off given the active campaign run by solar companies as well as consumers.

Nonetheless, it might be a temporary win as CPUC weighs how to move forward. A CPUC notice reads that “commissioner assigned to the proceeding has requested additional time to analyze the record and consider revisions to the proposed decision based on party comments,” reports Reuters.