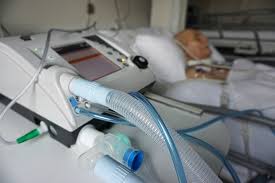 Are Ventilators Helpful or Not?

COVID-19 highlighted ventilators, and the devices helped many people survive the epidemic. But whether ventilators harm lung tissue has long been a debate in pulmonary medicine. The Marlan and Rosemary Bourns College of Engineering at UC Riverside conducted groundbreaking research that unequivocally demonstrates they do.

Modern ventilators pump air into the lungs unevenly, overstretching some lung tissues over time and contributing to a decrease in lung health. The results could lead to better ventilators that resemble how we breathe naturally.

The Eskandari’s bMECH lab invented a method for examining lungs as they function while breathing. The researchers mimicked artificial and natural breathing using a specially-made ventilator in their lab.

They then used many cameras to quickly and efficiently gather high-resolution pictures, a technique known as digital image correlation, to monitor isolated lungs participating in both forms of breathing.

“Using novel techniques, we observed that ventilators can overextend certain regions of the lungs,” said Mona Eskandari, UC Riverside assistant professor of mechanical engineering and the BREATHE Center in the School of Medicine, who led the research.

These findings provide a rationale for why patients’ lung health deteriorates the longer they use the devices, particularly in the case of illness.

Researchers at the University of California, Riverside, gathered evidence showing that although breathing naturally extends certain lung sections by as little as 25%, breathing on a ventilator causes those same regions to stretch by as much as 60%.

Scholars have long modeled the lungs as thin-walled pressure vessels or balloons, where inhaling and exhaling are thought to function mechanically similarly.

The researchers suggest shifting away from thin-walled pressure vessel models and toward thick-walled models to explain what they saw in this investigation. A thick-walled model explains the differences in airway stress caused by ventilators pushing air in vs. normal breathing, which draws air in, as opposed to the thin-walled pressure vessel idea. This explains why airways are more actively used during physiological breathing and air is dispersed more uniformly inside the lung.

Iron Lungs: Old But Not Harmful for Lungs Health

Iron lungs, the enormous ventilators used during the polio epidemic in the late 1940s, functioned more like the human chest cavity and expanded the lung as it would normally. As a result, the lungs experience a vacuum effect that draws air in. Although this procedure is kinder to the lungs, the large systems made it difficult to monitor other organs in a hospital setting quickly.

Modern Ventilators: Easy to Use But Harmful for Lungs

Modern ventilators, in contrast, are more portable and simpler for carers to use. However, they force unevenly distributed air into the lungs, overstretching certain areas and eventually deteriorating lung health.

Although it seems doubtful that hospitals would go back to using iron lung models, it is still feasible to modify current technology to lessen harm.

Twelve extraordinary UC research accomplishments were honored in 2022 by the American Journal of Respiratory and Critical Care Medicine. The report highlighted the ventilator study conducted by UC Riverside scientists. According to a study, modern ventilators unevenly distribute the air they provide to the lungs, which over time, causes specific lung tissues to become overstretched and results in a decline in lung health. The bMECH lab at the University of California created a technique for monitoring the lungs’ operation while breathing.