San Bernardino County has an edge over other counties regarding a thriving retail market. Three factors that make it a perfect destination for retail businesses are its population growth rate, percentage of millennials as a percentage of the total population, and being the ‘County of Firsts’*

The County of San Bernardino Economic Development Department published an infographic that maps out the retail scene in San Bernardino County. The interactive infographic provides a captivating visualization of retail brands of the County.

San Bernardino County’s population growth is projected to increase nearly 30% from 2000 to 2021, especially as Millennials learn more about the County’s lifestyle and employment opportunities.

CIM Group is a major investor in Montclair Place, formerly Montclair Plaza; the redevelopment is already providing an entirely new retail experience along with other major developers looking to invest in San Bernardino County.

Big Al’s, a family-friendly sports bar and entertainment center combines the offerings of traditional bowling and family entertainment under one roof.

The Redlands Packing House District is a new 88,075-square-foot retail and restaurant center at the entrance to downtown Redlands. It is occupied by Sprouts Farmers Market, PetSmart, Luna Grill, Club Pilates and Fisherman’s Market & Grill.

Adelanto, Apple Valley and Victorville, also called High Desert urban communities, have a large percentage of Millennials living in areas whose disposable income is above the national average ($44,652).

The Low Desert has lower disposable incomes than the national average due to the high number of retirees, boomers, and military families. On the other hand, more affluent is the High Desert communities like Adelanto, Apple Valley and Victorville. 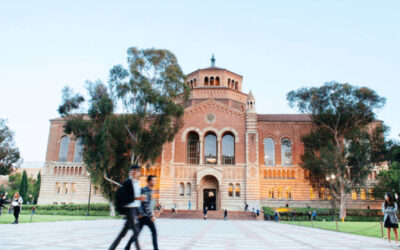