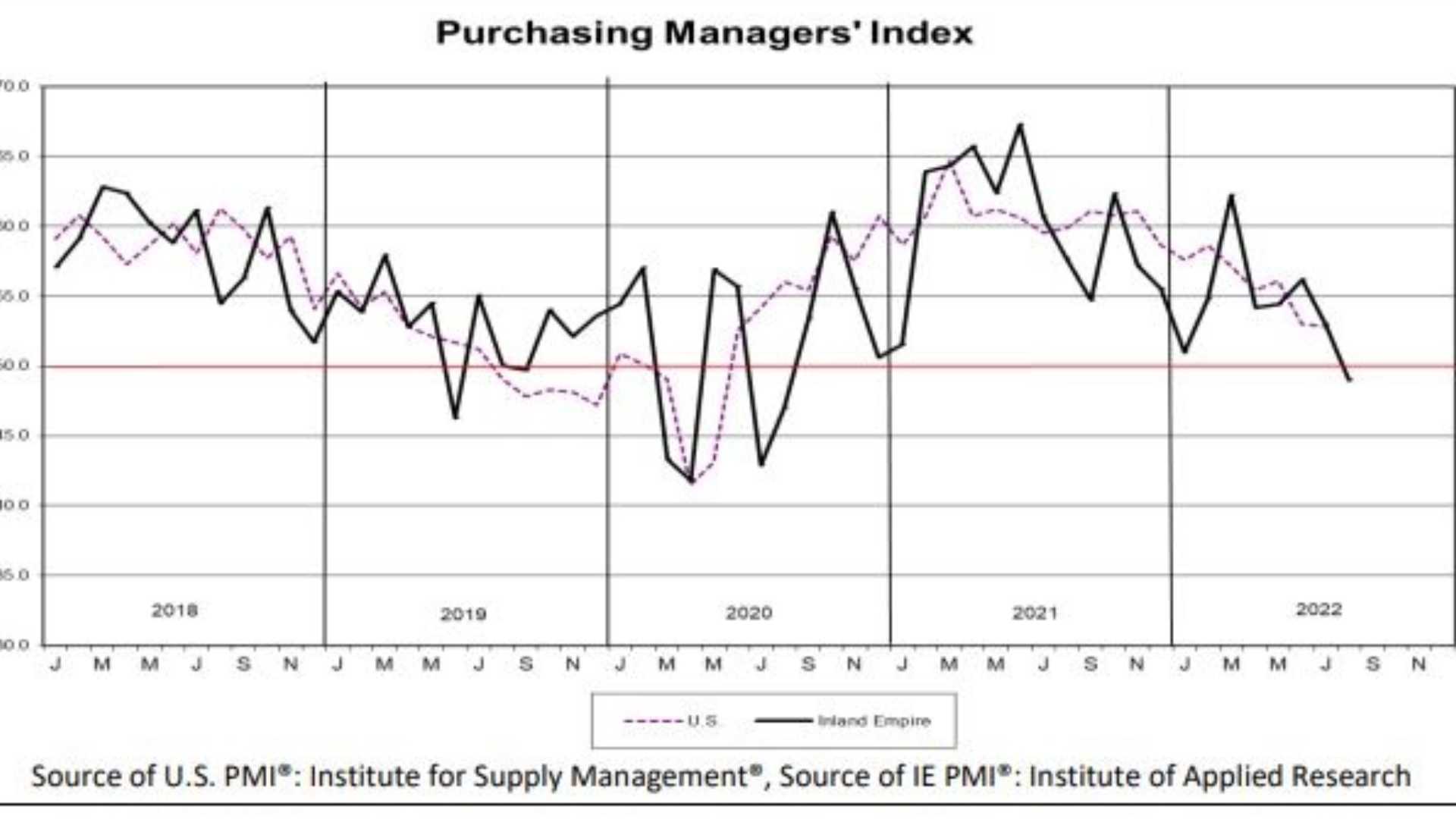 According to the Inland Empire Report on Business, The Inland Empire Purchasing Managers’ Index (PMI) fell from 53.0 last month to 49.0 this month. This is the first time the index has not fallen below 50.0 for over two years.

Last year, we reported that the Manufacturing Growth Induces Economic Recovery in the Inland Empire, indicated by PMI, which was on an upward trend, especially during the last 14 months. This is the first time it dropped below 50

Purchasing Managers Index (PMI) keeps track of and displays the purchases made by purchase managers during the previous month. The index’s official dip below 50.0 for three consecutive months indicates the economy is in a downturn.

For the first time, Inland Empire PMI goes below 50

It would take three months of measures below the 50 baselines to establish a new pattern of manufacturing sector decline. Thus there is now no cause for alarm. On the other hand, it is essential to remember that the PMI has generally been trending lower since reaching a high of 62.2 in March of this year.

Hopefully, this month’s statistic represents only a brief decline below 50, not the start of a declining trend.

As mentioned in earlier reports, the Production Index is one of the PMI’s two primary components. For the first time since January 2022, the index has recorded a significant decline below 50.

If this results from an unforeseen seasonal component, as is frequently observed in August and September after holiday manufacturing is over, it remains to be seen. As previously said, assessing if any of the indexes have developed a new pattern takes three months.

The other important part of the PMI is the New Orders Index. It decreased from 51.9 to 1.4 this month, showing that new orders have sharply reduced.

After five months of uninterrupted increase, the Institute of Applied Research revealed that the employment index had fallen below 50 to 44.4 5. This month’s number (44.8) is essentially the same as last.

A panelist asserted that “the labor market is not improving. Despite using e-verification, we have trouble finding people who can pass the interview.