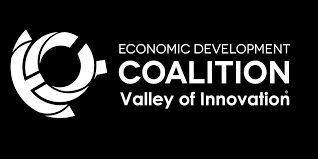 Diane Strand was unanimously elected president of the Southwest Riverside Economic Development Coalition for a 30-month term beginning on January 6, 2023. Previously, Strand held the position of first vice president of the coalition. Keith Krzewski, who will continue to hold that position on the Executive Board, is succeeded by Strand.

Developing the economy is a team sport. The coalition can maintain its region’s status as the best place to live and conduct business on the west coast due to the support of members and community partners.

As a non-profit regional economic development coalition, they aim to bring public and private partners together to capitalize on the region’s competitive advantage while promoting a high standard of living.

Building a robust regional economy through partnership and collaboration

Economic Development Coalition closely collaborates with its regional partners to complete projects and assist businesses in creating fantastic jobs and opportunities for their inhabitants.

“It’s an honor to serve this organization. The EDC of Southwest California has provided my businesses with so many resources and connections, it’s a privilege to give back in this capacity,” said Strand. “Expanding the region’s economic development through attraction and sustainability benefits all businesses and residents. I am excited to take on a bigger role in the organization to help our region’s cities and businesses grow and expand their economic reach.”

Strand’s commitment to expanding economic opportunities in the region

A founder member of the Women’s Business Center of California, a founding member of the North San Diego Real Estate Investors, and a former executive board member of the EDC of North County San Diego, Strand also serves on the Woman in Business committee for the Temecula Chamber of Commerce.

She also serves as a vocational-technical education (CTE) counselor for professional video production and acting as a career goal for the Temecula and Murrieta Unified School Districts.

Recognition and awards for Strand’s contributions

She also participates in the Temecula Chamber of Commerce’s Woman in Business committee. Diane received the Visit Temecula Valley Ambassador of the Year award in 2019. She coaches kids of all ages and provides career technical education (CTE) guidance on acting and video production to MSJC and the Temecula & Murrieta Unified School systems as a community leader.

Diane Strand’s unanimous election as president of the Southwest Riverside Economic Development Coalition is a testament to her qualifications and experience in economic development and media production. Strand’s commitment to expanding economic opportunities in the region and her involvement in local business and community organizations make her a valuable asset to the coalition.